California is among the states in the United States with clear ambitions for cuts in greenhouse gas emissions and a shift to more use of renewable energy. The photo was taken near San Francisco, California.

Country series: The United States is still a land of opportunity

Since Statkraft opened an office in the U.S. in 2015, the company's U.S. operations have revolved largely around trading in CO2 allowances and renewable energy certificates. Statkraft is now well positioned to take advantage of additional opportunities in a rapidly growing U.S. renewables market. 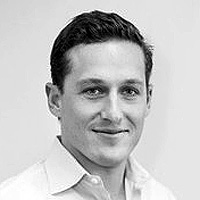 Patrick Pfeiffer
Head of Statkraft US

Patrick Pfeiffer is Managing Director of Statkraft's operations in the United States, based in San Francisco, California.

"It all started with buying and selling CO2 allowances," says Pfeiffer. A "carbon credit" in the United States, similar to the European quota system ETS, gives permission to emit one tonne of CO2.

"We found that the best way to get to know the U.S. market was to participate commercially in this type of trading. To succeed, we needed a deep and fundamental understanding of both American and Canadian policy in this area, and we have acquired that. In this way, we've been able to build a solid foundation for Statkraft without having to take too much risk. We are now quite familiar with the markets in which we operate, we've identified associated markets, and we're ready to develop our business further."

Based on the west coast

Statkraft US is headquartered in San Francisco on the west coast of the United States. This was no random choice; the west coast has Silicon Valley, where the headquarters of many of the world's largest technology companies are located. California is also among the states with the clearest climate ambitions, and which has committed to strong growth in the use of renewable energy and cuts in greenhouse gas emissions.

"We concentrate on the American states that have climate ambitions, and that want more renewable energy in their energy mix," says Pfeiffer.

California plans to increase its share of renewable energy to 60 per cent by 2030 and to be 100 per cent carbon-free by 2045. New York, Oregon, Massachusetts and a few other states have similar ambitions.

The United States is a federation of 50 states that do not always move in the same direction. This impacts energy policy and climate policy.

President Donald Trump attracted a great deal of attention internationally when he withdrew the United States from the Paris Agreement in 2017, but that did not stop 25 governors from signing the agreement on behalf of their states. Although Trump seemed more concerned with rebuilding the U.S. coal industry, half of the country's states continued to fight to ensure that the United States met its international climate commitments.

After Joe Biden became president in January 2021, the United States signed back into the Paris Agreement. At the COP26 climate summit in Glasgow in 2021, the president announced that the country will cut 50 to 52 per cent of its emissions by 2030, compared to 2005.

This is good news, but the president's words and congressional decisions are not the only things that matter. In the United States, it is just as important what the individual states – and the large companies – do to achieve the climate goals. In a world where everything has to be electrified to achieve climate goals, it matters where the electricity comes from.

According to the U.S. Energy Information Administration (EIA), only about 20 per cent of U.S. electricity currently comes from renewable sources. But even though the renewable share is relatively modest so far, it has been growing strongly over the last 20 years, especially in wind and solar power.

About one-third of renewable energy comes from hydropower plants, but production has not increased since the mid-1970s. This is because of a complete halt in the development of hydropower plants that have major impacts on nature or the environment through dam construction. There is therefore little chance of more large reservoir-based hydropower plants being built in the U.S. in the coming years, but river power plants may still be developed.

On the other hand, the development of wind and solar power is expected to increase sharply, because the United States as a whole has committed itself to major climate cuts and because more and more companies want to become "green".

"Some of the companies we trade CO2 allowances and renewable energy certificates with are large industrial concerns that are required to reduce their emissions or are producers of renewable energy that needs long-term agreements with energy customers to secure project financing," says Pfeiffer.

"We can serve as an important link here between producers and consumers. When the big technology companies want to operate more sustainably, they need guarantees that the electricity they buy comes from renewable sources. Statkraft has managed to establish itself as a reliable, value-driven and financially solid seller of such guarantees. The companies know that Statkraft is trustworthy, and that gives them security."

Patrick Pfeiffer believes that Statkraft has positioned itself well for further growth in the American market, not least for the American businesses that operate internationally.

"Not only does Statkraft produce renewable energy in many countries, we can also buy and sell electricity from a large number of producers across Europe." 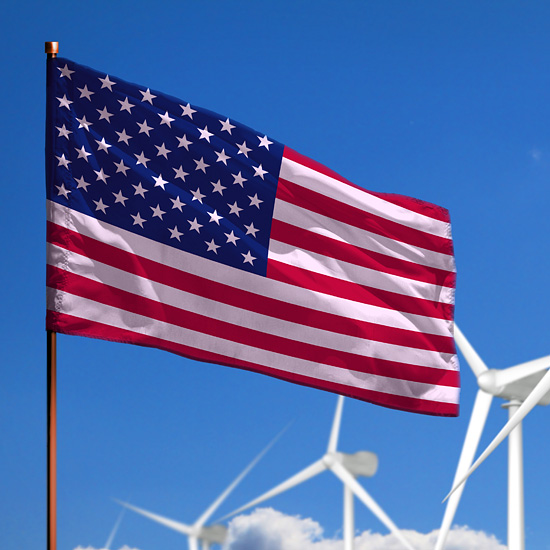 Statkraft in the U.S.

One area in which Statkraft has expertise is trading in Power Purchase Agreements (PPA). A PPA is basically a long-term agreement between a power producer and a customer, such as an industrial company.

Increased inputs of renewable energy, however, create challenges for such agreements, because power producers can be many and small, while both power supply and demand can vary widely. Here, a company such as Statkraft can act as an intermediary and buy electricity from several suppliers at an agreed price and sell it on to large industrial companies. Statkraft can offer competitive prices to both parties and take on market and portfolio-related risks for them. This provides predictability for both the power producer and the customer.

"This type of business is probably the next step for Statkraft in the U.S.," says Pfeiffer.

"With more and more producers of renewable energy, there will be a need for such an intermediary that can ensure that power producers make money and that customers receive stable power deliveries. Statkraft has experience with this and is thus a reliable partner for companies looking for a stable supply of clean, renewable energy."

Several Norwegian-owned companies, such as Equinor, Aker Offshore Wind and Fred. Olsen Windcarrier, are entering the U.S. market for renewable energy, especially in offshore wind projects. Statkraft so far has no plans to build, buy or operate offshore wind farms or solar power plants in the United States.

"There are no concrete plans, but we won't rule anything out," says Pfeiffer.

"It would be much easier for Statkraft to buy a wind farm or a solar power plant given our current situation, but I'm not sure that this is something we should do. Statkraft has expertise in so many areas related to renewable energy. Maybe we should invest in the U.S. as a developer of charging stations for electric cars or in the production of hydrogen? Who knows? The United States is a large market, with great opportunities."