Measuring instruments in Vesle Kjela power plant, which was commissioned at the end of 2021 and officially opened in May 2022.

Something big is happening under the Folgefonna glacier: the Mauranger power plant is being expanded and modernised. It is the largest hydropower expansion under consideration by the licencing authorities in Norway. Coupled with offshore wind, this is one way Norway can get more power and more flexibility.

Norwegians have never used more electricity than in 2021, and when society and industry are to be electrified, we will need even more.

At the same time, we are in the middle of several crises; the energy crisis in Europe as a result of the war in Ukraine, and climate changes bringing more extreme weather with heat, drought, torrential rain and floods. We are also experiencing major fluctuations in price, production and consumption in the electricity market. How are we going to deal with all this?

"One solution to all these challenges is more power; renewable and flexible power," says Birgitte Ringstad Vartdal, executive vice president in Statkraft with responsibility for the Nordic region.

Statkraft is already the largest producer of renewable power in Europe. Most of this power is Norwegian hydropower, which has laid the foundation for green industry, a secure power supply and the development of one of the most electrified countries in the world.

"The large hydropower reservoirs are the very backbone of Norway’s power supply, supported by the energy exchange opportunities with neighbouring countries that provide backup in dry years when we are not self-sufficient. Nevertheless, we must ensure that we also have enough power in the future, and that means continued development of renewable energy," says Vartdal.

"To achieve this we must invest more in hydropower and other technologies such as offshore wind."

A renaissance for Norwegian hydropower

If the Mauranger project at the Folgefonna glacier is implemented, it could increase annual power production by 70-80 GWh, equivalent to the electricity consumption of 5 000 households.

It may not sound like much, but Statkraft is planning for a drastic increase in installed capacity: from 250 MW to 880 MW. Because Norway needs not only more energy, but also more flexibility. This can be achieved by increasing the plant's total installed capacity.

It is important to be able to produce more electricity quickly when many people want to use electricity at the same time, for example on the coldest winter day or during the morning rush hour. The power plant can also stand idle when a lot of power is available from other energy sources, without the risk of water being wasted.

Mauranger hydropower plant in Kvinnherad Municipality in Vestland County will be Norway's third-largest in terms of power. Statkraft has not submitted a licence application for a hydropower project this large for 40 years.

While the Mauranger project is a few years away, other new facilities have already seen the light of day, including the Vesle Kjela and Storlia hydropower plants on opposite sides of the Hardangervidda plateau. Here, Statkraft has built two new power plants in existing waterways. In total, the two plants will produce electricity equivalent to the annual consumption of 4000 households without any major impact on nature.

"The projects demonstrate Statkraft's clear commitment to hydropower in Norway. Hydropower's unique ability to deliver energy and power when needed makes it the flexible backbone of the Norwegian and Nordic power system. Our ambition is to develop five new hydropower projects in Norway by 2030. Mauranger is one of them," says Vartdal. 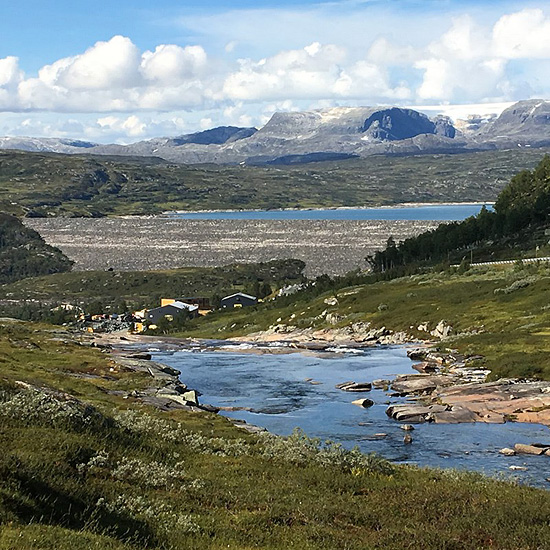 Storlia power plant is located inside a mountain in Eidfjord Municipality in Vestland County and is connected to the Sima watercourse. The power plant uses a height of fall of 75 metres. The plant's two turbines provide an annual production of 40 GWh.

Storlia was commissioned in December 2021 and is considered an example of how water resources in earlier hydropower developments can be utilised more effectively without further major impacts on nature. 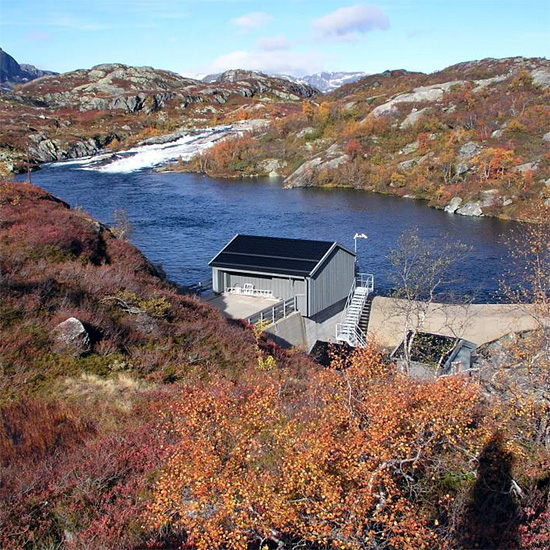 Vesle Kjela power plant is located inside a mountain in Vinje Municipality in Vestfold and Telemark County and is connected to the Tokke/Vinje regulation system. Annual production is 40 GWh.

Extensive use of existing infrastructure means that the project had a moderate impact on the natural landscape and environment. The power plant was commissioned in the fourth quarter of 2021.

Hydropower is a team player that complements other renewable technologies. Hydropower has an allied team member on the horizon, namely offshore wind, with the potential to significantly increase power production.

"In 2050, we believe that offshore wind will make up one-fifth of the world’s power capacity," says Vartdal.

Together with its partners, Statkraft has several offshore wind projects planned in the Norwegian sector of the North Sea, in the areas of Utsira Nord and Sørlige Nordsjø II. The company is preparing to submit the necessary licence applications as soon as the processes have been clarified.

It will probably take close to 10 years before the Norwegian offshore wind projects are realised and can supply electricity to households and businesses. The experiences gained, and the next steps taken in the development of offshore wind, are important. In the long term, offshore wind can contribute large volumes within power production.

"We have to use the entire toolbox to get enough power and stable power in the future. This includes new renewable production onshore and offshore, effective operation of the hydropower resources, and sensible use of energy exchange with other countries," concludes Vartdal.