Statkraft's analysts have looked into the future.

These are the energy trends that can solve both the climate and the energy crises.

A grey fog lies over the city of Oslo when Espen Bakken Wiborg sits down to talk about the future. The atmosphere evoked by the weather reflects the global situation in 2022, with war and the energy crisis in Europe, global warming and climate challenges with more extreme weather.

Wiborg works on strategic market analysis in Statkraft. His job normally involves studying trends from a long-term perspective. This year he is also one of the authors behind Statkraft's Low Emissions Scenario, the company's analysis of future energy trends.

This is the seventh consecutive year in which Statkraft looks ahead towards 2050 and presents its analysis of the future.

Has the ongoing European energy crisis made the path to net zero more difficult this time?

"We're actually more optimistic on behalf of the climate than we were in the scenario from 2021. Although Europe is in the middle of a very serious energy crisis we see positive trends when we look further ahead, beyond the point when we gradually overcome this crisis," says Wiborg.

"We see more solar power, more wind power, more electrification and more use of hydrogen. This means that the emissions in 2050 are likely to be slightly lower than what we predicted last year. The trends we have seen in previous years have only been reinforced."

Sunny days are a key factor, but we'll get back to that…

In 2022, fossil energy sources account for 60 per cent of global power production. 80 per cent of the world's energy needs are met by oil, gas or coal.

The global temperature has increased by more than 1.1 degrees compared with pre-industrial levels.

The world is already experiencing the effects of global warming.

The war in Ukraine has led to extremely high gas prices and very high electricity prices in 2022.

What does this mean for our energy future? 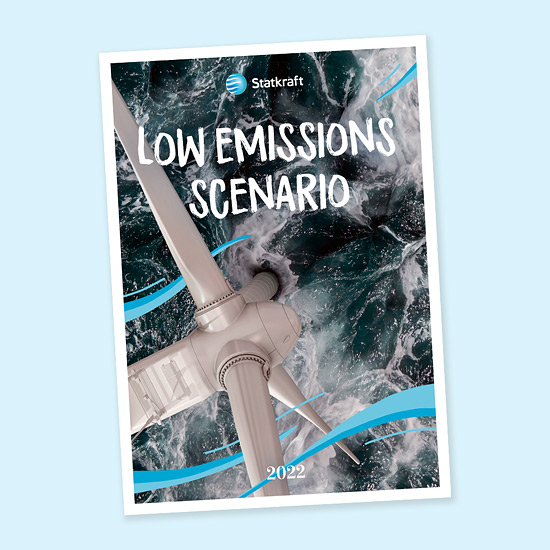 Statkraft's Low Emissions Scenario is an optimistic, but realistic analysis of the global energy transition between now and 2050.

(opens in new tab)
"It is perhaps difficult to be optimistic at present, but Statkraft’s Low Emissions Scenario shows that we do not need to choose between solving the ongoing energy crisis or the climate crisis, and we see several positive long-term trends despite the current global situation."
Statkraft's Low Emissions Scenario 2022

The word crisis comes up often when referring to growth in renewable energy.

"In the past, the climate crisis was the biggest driver for using more renewable energy. Over time, costs have fallen, and renewable energy sources have become a cost-effective alternative to fossil energy. This year, the energy crisis has highlighted the importance of having a reliable power supply and energy security, and this has become a powerful driver for further development," says Wiborg.

Never before has so much been invested in renewable energy as in 2022. The energy crisis in Europe and the need for a secure power supply serve as catalysts. The green transition will now take place at a much faster pace, and the plans are more ambitious.

The solution is renewable energy

"It's primarily Europe's extreme dependence on gas and its need to import fossil energy that have caused the current energy crisis. The scarcity of fossil gas, resulting from Russia’s reduction in gas exports, has driven prices to historic highs. Gas prices are exceptionally high and have increased by several hundred per cent since the beginning of 2021. The gas prices have affected power prices directly, but they have also impacted the price of food and other goods," says Statkraft's Espen Bakken Wiborg.

Every country should therefore reduce its dependence on power from fossil energy sources. At the same time, the exchange of renewable energy between countries is important for flexibility. When there is little wind or little sun, flexible hydropower can be used. Solar and wind power can complement each other, and in sunny and windy periods hydropower can be stored. Good cooperation within Europe is necessary to succeed in the energy transition.

Renewable energy not only cuts emissions, it is also efficient and cheap. And it provides security of supply, says Wiborg.

Statkraft's analysis of the future also highlights some challenges along the way.

A geopolitical world characterised by rivalry and conflict can make it more difficult to coordinate the global response to climate change. And the green transition will happen much more slowly in less developed parts of the world.

Solar panels, wind turbines, batteries, electric vehicles and the infrastructure that delivers the electricity are completely dependent on specific metals.

"There are ample metal supplies globally, but supply chains for metals that are critical for the energy transition are concentrated in a few countries," Wiborg points out. This can create challenges.

One example is the solar power value chain, where China controls over 80 per cent of the metals required, and that is expected to grow to nearly 95 per cent in the coming years.

To ensure access to critical metals, it will be important to diversify supplies to several countries and to recycle metals. The EU and the US have recently laid out a strategy for this and have set targets to develop their own capacity.

Why did we refer earlier to sunny days being a key factor?

Because solar will be the global winner in the energy transition, and after 2035 it will be the largest source of energy.

Power production based on solar energy will increase to over 21,000 TWh by 2050.

To get an idea of how much this actually is, 21,000 TWh is what is needed to cover 80 per cent of today's total global energy needs.

Talayuela Solar in the Cáceres province of Spain is one of the largest solar power projects in Europe. With a power output of 300 MWp from more than one million solar panels, the plant generates around 600 GWh a year, equivalent to the electricity consumption of 150,000 Spanish households. The plant was commissioned in January 2021, is owned by Encavis and operated by Statkraft.

By 2050, the production of solar and wind power will exceed hydropower.

Stamåsen wind farm, which is fully owned by Statkraft, covers an area of nearly 15 square kilometres in the municipalities of Strömsund and Sollefteå in Jämtland and Västernorrland counties respectively in Sweden. The power plant was commissioned in 2013, and has an annual production of 199 GWh.

The global power demand will more than double towards 2050, and solar and wind power will cover around two-thirds of that demand.

With a length of 632 metres, Pålsbu Dam ranks as the longest concrete plate dam in Norway. The picture shows the overflow of water from the Numedalslågen River in the summer of 2007. Pålsbu power plant is located directly below the dam, which also forms the main reservoir for Nore I power plant in Nore og Uvdal Municipality in Viken County.

Statkraft's Low Emissions Scenario predicts that renewable energy will account for 80 per cent of global power production by 2050.

A Europe free from Russian gas

Statkraft's Low Emissions Scenario 2022 concludes that, although challenging, it is possible for the EU to achieve the goal of becoming completely independent of Russian gas by 2030.

Within the same time frame the EU will reach its own emissions reduction targets and increase the proportion of renewable energy to around 65 per cent.

In the Low Emissions Scenario, annual emissions will be reduced by more than 60 per cent by 2050.

The Low Emissions Scenario estimates that we are heading for 2 degrees of global warming compared to pre-industrial times. If we are to approach the 1.5 degree target, the pace of global climate policy must increase significantly.

The interaction between these energy trends is the solution:

Solar panel technology is constantly improving, and power production from solar energy will grow rapidly and become the largest energy source from 2035. The panels of the future can be mounted on buildings, on water surfaces and in fields.

Panels can be installed so that tractors can drive under them and harvest crops that benefit from the partial shade provided by the panels. 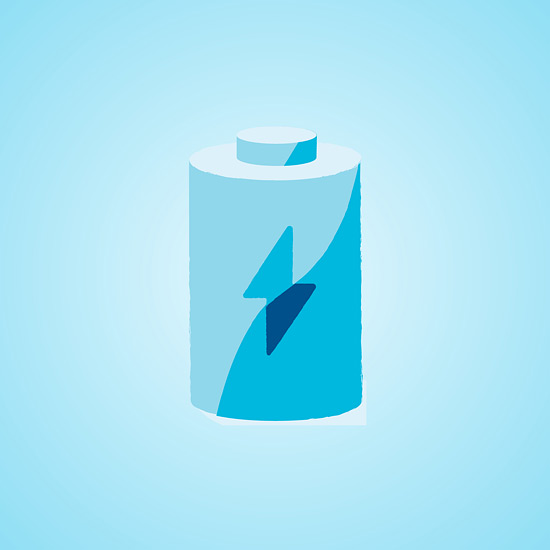 The global passenger car fleet will be fully electric by 2050, with some hydrogen cars in the mix. 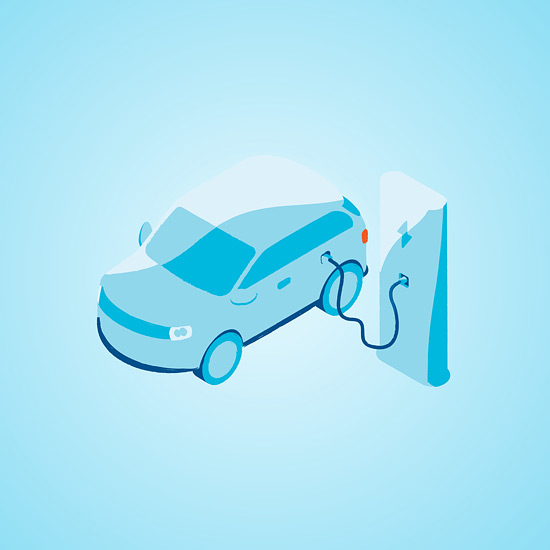 3. Efficient and smart energy use

We will see savings measures that reduce energy costs for households and businesses in both the short and long term. Electricity for heating homes or charging electric cars can be shifted to times of the day or night when electricity production is high. This creates room for more variable, renewable power production. 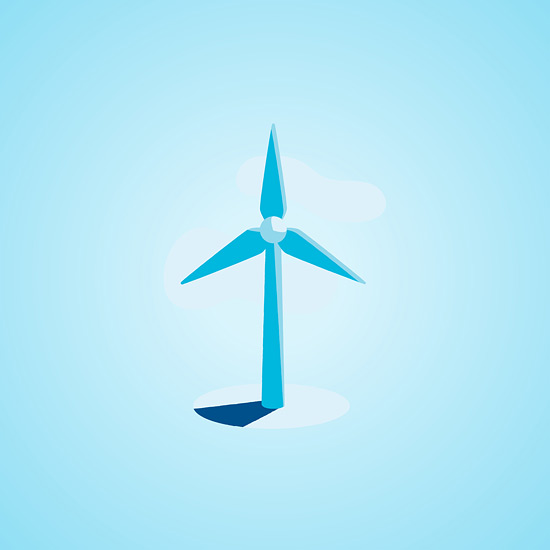 Onshore and offshore wind power will continue to increase in scope. Many countries are focusing on offshore wind, with anchored turbines and, in the long term, floating ones.

By 2026, wind turbines outside China will have a capacity of as much as 16 MW each. This means that after one hour in full operation, a turbine can produce around four times the equivalent of the annual electricity consumption of an average European household. 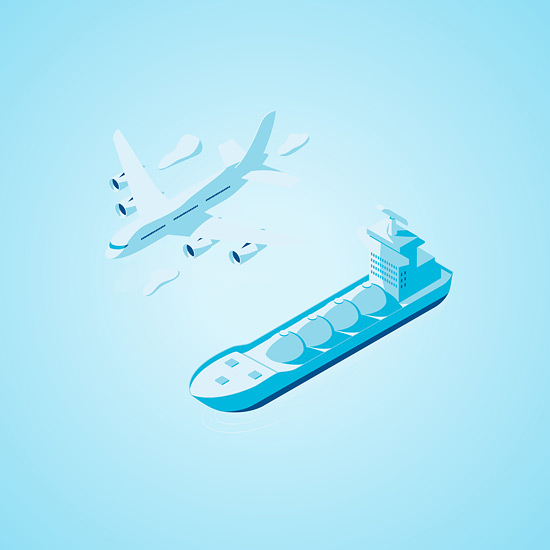 Green hydrogen – hydrogen produced using renewable electricity – will be more competitive than blue and grey hydrogen after 2040. Green hydrogen will become an important solution for industry and long-distance transport, which require too much energy to be electrified.

Fossil fuel will be replaced, and green hydrogen will be used for long-distance transport. Many ships will run on ammonia. For planes, replacement fuels known as e-fuels, such as e-methanol, are promising solutions. E-fuels are synthetic fuels produced with the help of electricity generated solely from renewable sources. 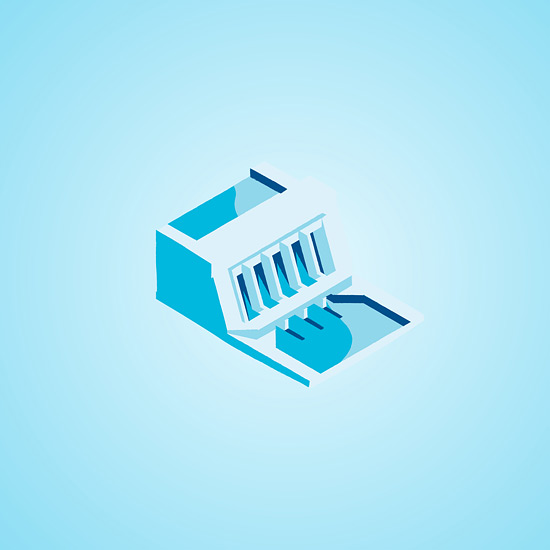 Hydropower is currently the world's largest renewable energy source. In addition, hydropower is the largest in terms of energy storage, contributing a whopping 99.9 per cent of total storage capacity. Hydropower is one of the few solutions that can meet the flexibility requirements in power supply over long periods, such as entire days and weeks.

Hydropower will continue to play a major role in the global energy system until 2050. Efforts continue to get more power out of existing hydropower plants.