This patch of soil is very special.

For three years it was stored with its peat, grass and local plant species. It was watered and taken care of.

Then it was all put back. Now nature will heal itself, with seeds and roots that are indigenous to the area.

In the high mountains in Vinje, large machines move small patches of soil containing peat and grass. Then nature takes over and does the rest of the work itself.

In a few years, you will not notice that people once extracted rocks from this area.

The rust-red and straw-yellow colours of autumn cover the high mountains. Ripe cloudberries appear in bogs and wet landscapes. Cotton-grass blows in the wind.

Standing here on an autumn day, you can sense the tranquillity of the vast landscape. The mountains roll on and on, blue behind blue. The sun shines through a veil of thin clouds.

"We do this out of respect for nature. Nature heals its own wounds, but with a little help it heals much faster," says Dr. Per Anker Pedersen, former associate professor from the Department of Landscape Architecture at the Norwegian University of Life Sciences (NMBU). 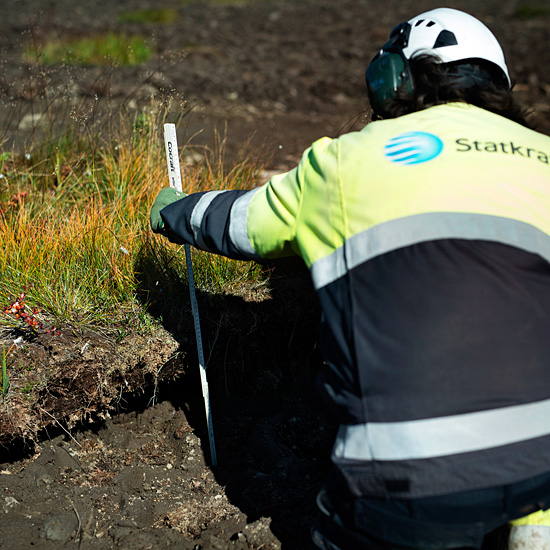 "Today we have full control over the various soil materials and volumes. All of this requires fairly accurate calculations."

The power of water

Lake Songavatnet stretches 16 kilometres through the mountain landscape in Vinje in Upper Telemark. The lake has two dams. When completed in the 1960s, it was the largest dam installation in Northern Europe.

Over four summers, the dam on the west side of Lake Songavatnet was reinforced. Seven metres of stone were installed on the outside of the original dam. The stone was extracted locally, 850 metres away. The open quarry was later covered with soil, moss, grass and trees in an elegant pattern.

The process is called revegetation, a method that has drawn increasing attention in the past 20 years, and which is now a matter of course in all major construction projects. In Norway, we have become particularly skilled at revegetating.

"Statkraft has a long history of hydropower development and of taking nature into account. I would say that the company has contributed to the development of the discipline of nature restoration," says Anker Pedersen.

It's all about respect for nature and local conditions. Soil material that is removed is stored and sorted. It is important that the top layer remains a top layer when the soil is returned. 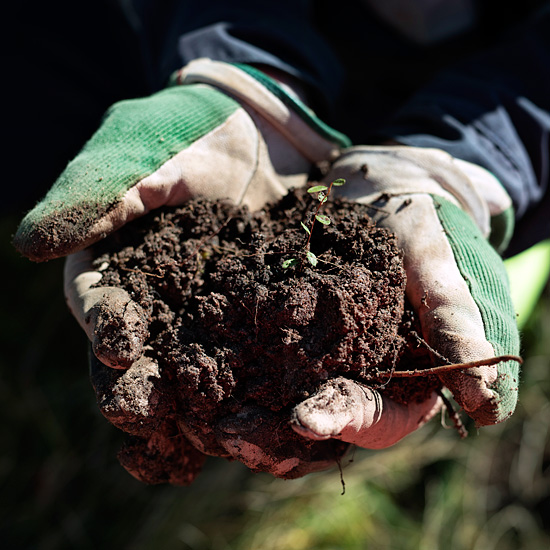 Nutrient capital. Consider the term for a moment. It speaks to the substances found in the soil from as far back as the ice age. The top layer of soil, which nourishes seeds and plants, also has a good structure and must be well taken care of. Where previously little emphasis was placed on the importance of the top layer, one now sees an enormous value in ecological restoration.

Experts have eagerly asked questions throughout the process, long before the Biodiversity Act was passed.

"I'm very impressed with Statkraft's willingness to address these issues in a disciplined and precise manner. One might think that environmental considerations would be neglected in projects where such large sums are spent on technical aspects, but this is not the case. On the contrary, there is a significant awareness of green values," says Per Anker Pedersen.

"The special thing about the project at Songa dam is that we've chosen an ecological model for revegetation and have followed the principles from day one. That will be crucial for a good result," says Jon Aarbakk, project manager in Statkraft.

Organic revegetation at Bitdalen dam, a similar rehabilitation in an adjoining valley to Lake Songavannet, received a research grant from the Research Council of Norway on account of the socially beneficial process behind it. At that time, the work was carried out in collaboration with the Norwegian University of Life Sciences (NMBU), the Norwegian Institute for Water Research (NINA) and the Norwegian Public Roads Administration.

Conserving local species diversity and complying with Norwegian legislation have proved to be an economic advantage.

"Because then you have everything in place when you start. The job must be planned well, and the elements in the plans must be carried out in the correct order," says Aarbakk.

This is Christoffer Eide. All summer he lived in the construction barracks at Songa dam.

His job is to make sure that peat and moss are placed back correctly. After stone was extracted to reinforce the dam, the landscape has changed. It affects the whole picture.

Some plant species like wet soil. Others prefer it dry. Christoffer reads every patch of soil.

Randomness and asymmetry are the goal. Proper return of soil patches helps nature heal itself faster.

Christoffer Eide is studying to become a landscape engineer at NMBU in the town of Ås. He already has an art education from the Bergen School of Art and Design. For several years he was fascinated by the "land art" of the 1960s, where artists used landscapes and natural materials to create art, often on a large scale.

"When I saw how exciting the subject and methods of revegetation were, it became my bachelor thesis."

He is squatting in the blueberry heather. Gazing over Songa. The plan is to return after the winter to take more photos for his thesis. This summer, he has already taken almost four thousand pictures.

His responsibility is to ensure that the job of revegetation is done properly. He studies the biological compositions of each patch of soil, examines grass and moss, double-checks, does research and guides the heavy machine operators.

In addition to becoming a landscape engineer, he has taken extra courses in botany, plant science and restoration ecology. 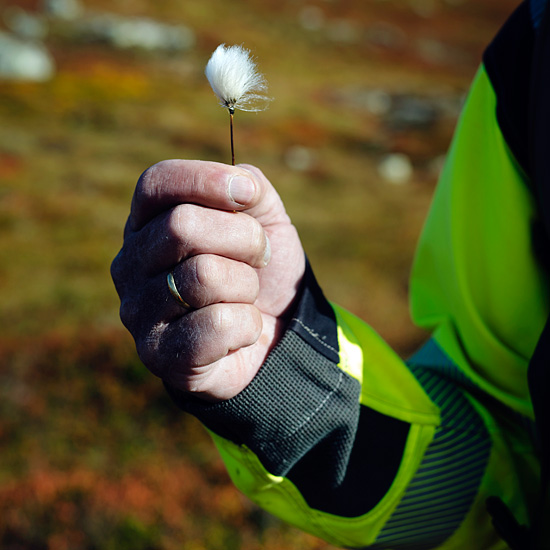 Bog peat should be moist. The same goes for purple moor-grass, reed grass and tufted hair grass. Peat with a lot of willows thrives near running water. Hair grass is one of the most common grass species in Norway that will grow almost anywhere. It spreads effectively. Glacial soil, bog soil and top soil; they all have their own distinct characteristics.

But why so detailed?

"We have to return it to how it was after an intervention. In this case, the extraction of stone for the dam was a socially essential task. It was absolutely necessary. And then it's great that Statkraft works toward returning the affected area to how it was before as much as possible. There’s no hiking trail past there, so we don't do it to make the area nice for hikers, tourists or hunters. We do it because it's the right thing to do," says Christoffer Eide.

In this case, it made sense to extract local stone to reinforce the dam, because the stone was of good quality and because the heavy material did not have to be transported over long distances in this ecologically vulnerable area.

The days go by fast when your workplace is out in nature. The heavy machines are finishing up, and the construction workers are gathering at the barracks for dinner. The work began in 2017 and finished in the autumn of 2020.

Then nature takes care of the rest.

"We do it because it's the right thing to do."

About Statkraft and sustainability

Statkraft provides renewable energy to businesses, communities and homes around the world. The company invests exclusively in renewable energy and behaves in a sustainable and responsible manner.

Read more about Statkraft and sustainability