The solar park, which is being developed, pre-financed and built by the Baden-Württemberg-based solar developer Sunovis, will operate entirely without EEG subsidies and is expected to start commercial operation this year. The solar park in Western Mecklenburg-Pomerania will generate around 33 GWh of solar power annually - enough to supply approx. 11,000 households with green power. The purchase of the generated power by Statkraft provides the necessary framework to realise this project. The Norwegian energy company will use the solar power from the PPA to offer green power solutions to industrial companies. "Providing project developers with the right power purchase agreements to enable the construction and operation of their renewable energy plants while optimising the risks over many years is one of Statkraft's core competencies," says Patrick Koch, head of Statkraft's German origination business.

In view of the ambitious renewable energy targets in Germany, good financing conditions for plants built without EEG subsidies are playing an increasingly important role. The financing of the Strasen solar park is an example of this. The investor and fund manager Ökorenta is providing the equity for the solar park, and UmweltBank is co-financing the operation of the Strasen solar park in the long term, despite the comparatively short term of the power purchase agreement. During the transaction, the Munich-based bank von der Heydt supported the project developer Sunovis in the sale of the solar park, the debt financing and the closure of the PPA.

"The cooperation with Sunovis, Ökorenta and UmweltBank has proven to be very efficient and positive. Only three months passed from the first enquiry to the conclusion of the contract. With the current large number of new projects, reliable partners are the key to keeping the transaction costs of a long-term off-take contract within limits," adds Koch.

Statkraft bridges the gap between the different needs of power producers and power consumers by offering tailor-made power purchase and supply agreements and by assuming residual risks. PPAs ensure the financing of new solar parks and the continued operation of plants whose EEG subsidies have expired. At the same time, industrial customers can achieve sustainability and climate goals as well as price hedging by integrating PPAs into their supply. 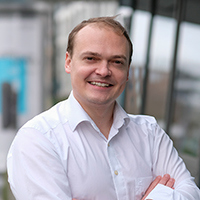