Statkraft to supply wind power for Solvay in Finland

The agreement will enable the Group’s Voikkaa site in Finland to operate on 100% wind-generated electricity, helping to decarbonize the production of hydrogen peroxide at the site and contributing to the achievement of Solvay’s sustainability targets.

“In line with the Group’s sustainability roadmap, Solvay One Planet, Solvay Peroxides has the ambition to reach carbon neutrality1 globally by 2040,” said Solvay Peroxides EMEA Business Director Marco Giannuzzi. “Through this PPA, we are pleased to be taking a significant step forward in reducing the environmental impact of our Finnish site, responding to the needs of the planet and our customers.”

“As the biggest producer of renewable power in Europe, we in Statkraft are more than happy to make the green shift happen and to support Solvay reaching carbon neutrality and reducing the environmental impact of their Finnish site,” said Fredrik Åkerlund, Senior originator and office manager of Statkraft’s office in Espoo. “We aim to be the major partner to industry customers in the Nordic region and we believe that our solutions should fit our customer’s needs.”

Under the terms of the ten-year Utility PPA signed by Solvay, Statkraft will deliver electricity from the Pajuperankangas wind farm in Finland. Statkraft recently signed a 10-year power purchase agreement with ABO Wind, the developer of the project. The wind farm, which is currently under construction, will consist of 14 turbines, which are scheduled to be connected to the grid in autumn 2023. They will have a combined installed capacity of around 86.8 megawatts and will be capable of producing enough electricity to supply 14,000 electricity-heated Finnish households.

Solvay Chemicals Finland Oy has been producing hydrogen peroxide for use in bleaching applications since 1972 and is a strategically important site for Solvay. The new PPA is a significant step in the decarbonisation of the plant, designed to ensure that it remains at the forefront of market developments and to secure Solvay’s position as a strong and reliable choice for hydrogen peroxide customers.

As a leading PPA provider, Statkraft brings together electricity producers and companies from trade and industry across Europe and develops new innovative concepts. In Finland, Statkraft offers PPAs to industrial and commercial companies as well as to project developers and investors enabling the financing of new renewable power plants. As one of the most important actors in the European energy market, Statkraft trades energy and renewable energy certificates in Finland.

The Statkraft PPA is the latest in a number of renewable energy projects executed by Solvay as part of the company’s efforts to meet the 2030 targets set out in its Solvay One Planet sustainability roadmap and its ambition to reach carbon neutrality across all Solvay businesses before 2050. This includes reducing Scope 1 and 2 greenhouse gas emissions for its operations worldwide by 30% as compared to 2018.

Solvay is a science company whose technologies bring benefits to many aspects of daily life. With more than 21,000 employees in 63 countries, Solvay bonds people, ideas and elements to reinvent progress. The Group seeks to create sustainable shared value for all, notably through its Solvay One Planet roadmap crafted around three pillars: protecting the climate, preserving resources and fostering a better life. The Group’s innovative solutions contribute to safer, cleaner, and more sustainable products found in homes, food and consumer goods, planes, cars, batteries, smart devices, health care applications, water and air purification systems. Founded in 1863, Solvay today ranks among the world’s top three companies for the vast majority of its activities and delivered net sales of €10.1 billion in 2021. Solvay is listed on Euronext Brussels and Paris (SOLB). Learn more at www.solvay.com.

For media and business inquiries 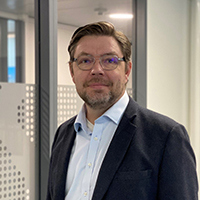