New research into public attitudes and concerns about energy, commissioned by Statkraft, Europe’s largest generator of renewable power, found that three quarters of the 18,000+ respondents say they’re worried about the negative effects of climate change, and they want more renewable power to help address their pressing concerns.

In southern European countries where extreme heatwaves are becoming more frequent, concern was higher than average – Spanish and Italian respondents were 12 and nine per cent more likely to express worry respectively.

More than two thirds (69%) think renewable power development should be prioritised further considering climate change concerns and the ongoing energy supply crunch. Almost a quarter (23%) said their perception of renewable energy had become more positive in the last six months and overall, an 80% and 87% acceptance rate for onshore wind and solar power development respectively was recorded from the respondents.

Barbara Flesche, EVP, Europe, Statkraft, says this support is encouraging given the need to expedite the deployment of clean energy technology.

“Faster development of renewable energy is needed to allay the triple-threat of climate change, rising cost of living and energy supply concerns. These survey results demonstrate public support for the development of new clean energy and people want their countries to act quickly.

More than three in five (61%) say they’re worried that energy supply issues will cause climate change targets to be forgotten. Overall, 80% would like to see initiatives that bring down the cost of bills.

Further, almost three quarters (73%) of the total sample say that the war in Ukraine has made them more worried about the future cost of power. Nearly the same number (74%) say they’re scared at how much their electricity bills will be, with 59% worried that their existing savings will not cover the cost of their bills come winter. Concern about upcoming electricity bill cost was highest in Ireland (86%) and Croatia (81%).

Flesche added that, “by increasing renewable energy capacity and decreasing reliance on fossil fuels, European consumers can be protected from market volatility and rising costs.” 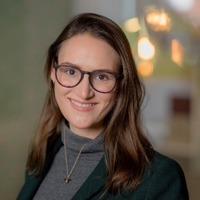