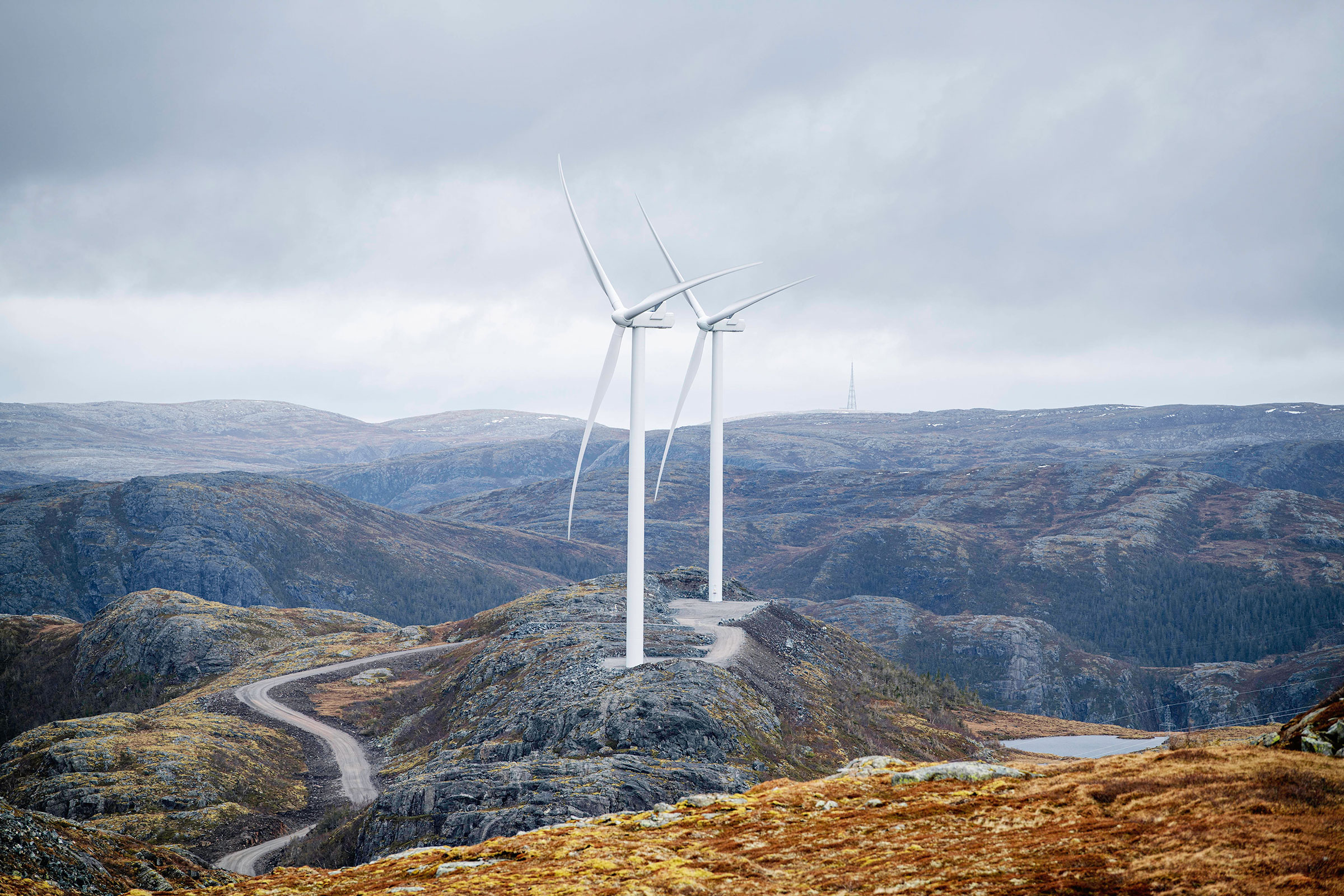 Norway’s largest wind farm, in Roan at Fosen in Trøndelag.

71 turbines have been erected, 70 kilometres of road have been built and hundreds of local man-years have been worked since construction started in 2016. Today marks the opening of Norway’s largest wind farm, in Roan at Fosen in Trøndelag.

The official opening was celebrated in the wind farm with a concert, festivities and cycle races for neighbours, owners and partners. About four hundred people from the local municipalities Roan and Åfjord had found their way to the Roan Wind Farm to attend the opening. In addition, more than 70 guests from the local government, the development project, owners and other partners were invited to participate in the celebration of Norway's largest wind farm.

Happy for the new jobs

Establishment of the Roan wind farm has contributed to securing roads in the municipality against rock slides and avalanches, permanent jobs and an impressive 20 per cent increase in annual municipal revenues for Roan municipality.

“We’re pleased that the Roan wind farm is now fully operational, and we are also happy about the jobs and the activity this brings to the municipality. Fosen Vind has become the largest export company in the municipality,” says mayor Einar Eian in Roan.

Roan wind farm consists of 71 wind turbines with a tower height of 87 metres and a blade length of 57 metres. The wind farm, which is by far the largest in Norway, has an installed capacity of 255.6 MW and will produce 900 GWh annually, which will primarily supply the Trøndelag area. When Roan and Åfjord are joined in a single municipality next year, six of the turbines at Roan alone will meet the entire power requirement in the new large municipality.

Local Fosen firm Johs J. Syltern AS has been responsible for building all infrastructure, including 70 km of road inside and outside the wind farm. As part of the turbine delivery, Vestas will be responsible for operation for the two first years, but with contracted local operations personnel from Statkraft. TrønderEnergi will take over responsibility for operating the wind farm from 2021.

Roan wind farm is the first of six wind farms in the Fosen development. This also includes the Harbaksfjellet, Storheia and Kvenndalsfjellet wind farms on the north side of Trondheimsfjorden (approx. 780 MW), as well as the Geitfjellet and Hitra 2 wind farms south of Trondheimsfjorden (approx. 275 MW). Installation of the turbines and completion of the wind farms at Storheia and Hitra 2 will be done this year. The three final wind farms; Geitfjellet, Harbaksfjellet and Kvenndalsfjellet are next in line in 2020.

When the Fosen development is complete, it will be Europe’s largest onshore wind power facility with a total installed capacity of 1057 MW. Statkraft is responsible for the construction on behalf of Fosen Vind. Fosen Vind is owned by Statkraft (52,1%), Nordic Wind Power (40%) and TrønderEnergi (7,9%).