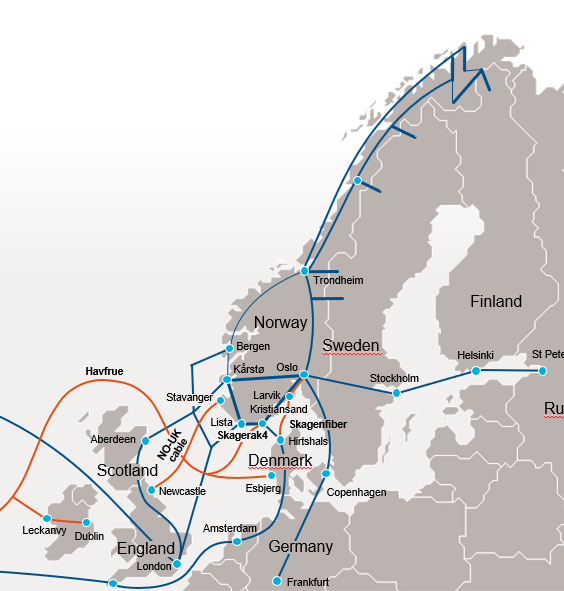 There are several factors that have an impact on the efficiency of the operations in a data center, one of them is latency: The better connectivity networks, the lower latency can be expected. Those connectivity networks stretch not only between regions and cities in a country, but also between countries and continents, allowing for faster and more efficient data transfer. Norway had a latency disadvantage versus other Nordic countries, as the lion’s share of traffic from Norway to Northern Europe had to go east via Sweden before egressing to Europe...

As one of the northernmost, milder, and most developed countries in the world, Norway’s attractiveness as a location for Data centres has exponentially increased over the past few years. However, discussions around potential latency issues due to long distances have been a common concern. Based on this, and with the purpose of strengthening Norway’s position as a connectivity hub, several investments are currently being done to develop new subsea cable systems. These new cable systems, in addition to the connectivity systems that are already in operation, will allow for better connectivity, capacity and route diversity between Norway and Asia, North American and the rest of Europe.

This important effort on improving connection and optimizing potential latency issues gives Norway a competitive advantage to other Nordic countries.

To find more information about the subsea network map and explore latency figures in Northern Europe, go to….