130 years after its humble beginnings, Norwegian hydropower is just as relevant as ever.

Give us five minutes and you'll learn why!

In 1892, prime minister Gunnar Knudsen sent a letter to the Storting (the Norwegian parliament) outlining the possibilities he believed lay in hydropower and electricity. It marked the start of Norway's success story in renewable energy. One hundred and thirty years later, the country gets 90 per cent of its electrical power from water. In many respects, Norway was built on hydropower.

Its proximity to nature has given Norway an enormous, green advantage with renewable energy. While many countries were industrialised with the help of fossil sources, hydropower became the mainstay in the development of Norwegian industry. More than 1600 hydropower plants and 1000 reservoirs are spread throughout the country.

Hydropower accounts for around 20 per cent of the world’s total electricity production. In Norway, hydropower dominates with 90 per cent.

Wind accounts for approximately 10 per cent of Norway's electricity production. When the wind does not blow and clouds block the sun’s rays from reaching solar panels, reliable hydropower delivers the renewable energy needed.

Kvilldal power plant in Suldal Municipality in Rogaland County is the largest in Norway in terms of installed capacity. The plant has four Francis turbines with a combined capacity of 1240 MW delivering an annual mean production of 3131 GWh. (The two introductory videos are from Nore power plant and Tunhovd Dam in Nore and Uvdal Municipality in Viken County. Video: Shutterstock)

To better understand the role of water, let us take a trip to northern Europe's largest hydropower plant.

The date is 3 June 1982. King Olav V is visiting Suldal municipality in Rogaland County to officially open the new Kvilldal power plant. The king signs his name with a marker directly on a polished section of the rock wall inside the power plant's turbine hall. The signature is then engraved into the rock and painted, and a brass plaque is mounted underneath.

The day after the ceremonial opening of Kvilldal power plant, 1800 members of the public are admitted to see the brand new, state-of-the-art facility.

In the crowd stands a boy with wide-open eyes.

"I was eight or nine years old at the time and remember being excited by the tunnels and the fact that they had to blast underwater. It was cool stuff," recalls Bjørn Sandvik.

Four decades later, Sandvik is a power plant manager in charge of a gigantic energy project. The Ulla Førre power plant group in Western Norway utilises hydropower from the Kvilldal power plant, among others. The four generating units in Kvilldal have a combined power of 1 240 megawatts, or 1.7 million horsepower.

Most of this power comes from Lake Blåsjø, Norway's largest reservoir.

"Even without a drop of new water, Blåsjø could still supply Haugesund with electricity for 18–20 years," says Sandvik.

Blåsjø is located at the top level of the Ulla-Førre complex, approximately 1000 metres above sea level. The lake stretches across three municipalities in the counties of Agder and Rogaland and covers an area of 84 square kilometres.

Lake Blåsjø is known as a multi-year reservoir. This means that the reservoir is large enough to store more water than what falls as precipitation in a normal year. In this way, hydropower production becomes less vulnerable to changes in precipitation patterns.

In years of little precipitation, wind and sun, the Lake Blåsjø reservoir constitutes an important safeguard for Norway's power system. Lake Blåsjø could be referred to as a power storehouse.

Hydropower has a number of unique properties. It is:

And hydropower helps to counteract flood damage by controlling the amount of water in regulated waterways and reservoirs.

But why is hydropower produced even when there is little rainfall?

The goal of hydropower producers is to make the best possible use of energy resources. This is done by conserving water when demand and prices are low and producing power when demand and prices increase. Whether hydropower is produced on a given day or not depends on how the producer sees future price trends and water levels in the reservoirs. Therefore, power can be produced even if there is apparently little water left in the reservoirs, but not at the expense of security of supply.

Producers of renewable power from wind, solar and water are all dependent on weather conditions; enough wind, enough sun, enough inflow of rain and snow...

But what makes hydropower unique is that it is flexible and can be switched on and off.

Norwegian reservoirs vary in size and in how much inflow they receive from precipitation and snowmelt, i.e. the amount of water that flows into the watercourse, making it challenging to correctly manage water resources through storage and production.

Norway's largest water reservoir, Lake Blåsjø, holds three years of inflow. The purpose of reservoirs as large as Lake Blåsjø is to store water for use in years with low levels of precipitation. The reservoir helps to compensate for precipitation deficiencies and makes the power system in Norway more robust.

Moreover, an increasing proportion of renewable power reinforces the relationship between weather and electricity prices. When demand increases and there is a shortage of wind and hydropower, the price of power increases as a result of expensive production from fossil energy sources.

In addition, this year's war in Ukraine and Russia's cut in gas deliveries are creating extremely high energy prices in Europe and Norway.

In 2008 a spectacular fireworks display was staged in Odda in Ullensvang Municipality in Vestland County to mark 100 years since the industrial town received electricity from the Tysso 1 power plant in Tyssedal.

Will Norway have enough power in the coming years?

Norway and the Nordic countries have long had a power surplus – in other words, power production is higher than consumption. Statkraft's analyses suggest that this surplus will continue.

In a normal year, Norway has a power surplus of around 10 terawatt hours (TWh). Most of Norwegian power production comes from hydropower, which today can vary by just over 20 TWh above or below normal.

This means that Norway will have a power deficit in dry years and be dependent on imports from neighbouring countries.

Over the past 20 years, around half of Norwegian hydropower plants have undergone some form of rehabilitation, according to the Norwegian Directorate of Water Resources and Energy (NVE).

At Kvilldal power plant, a turbine runner and a turbine were recently upgraded. This resulted in an increase in generation of around 75 GWh without the need for more water. The increase corresponds to the production from five to six wind turbines.

Statkraft has plans to expand five hydropower plants in Norway by 2030. At Mauranger power plant in Kvinnherad Municipality in Vestland County, near the Folgefonna glacier, Statkraft has submitted its most comprehensive licence application in 40 years.

With upgrades, we will get the hydropower plants to supply the country with clean energy for many years to come.

Pålsbu power plant is located directly under Pålsbu Dam in Nore and Uvdal Municipality in Viken County. The power plant was commissioned in 2007. The power plant uses a height of fall of between five and 10 metres from the water surface of Pålsbufjorden and down to the turbine in the power station. The plant has an installed capacity of 6 MW and an annual mean production of 22 GWh.

Hydropower has an important past and an even more important future.

About Statkraft and hydropower

Did you know that Statkraft has 347 hydropower plants in Norway and abroad? In Norway, 90 percent of all power production comes from hydropower.

More about Statkraft and hydropower

Other stories about Norwegian hydropower 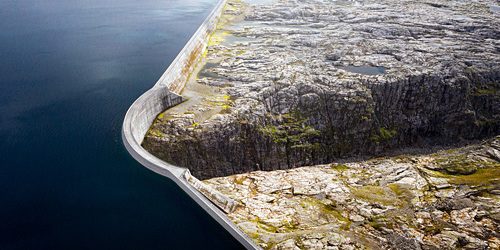 Four things you may not know about renewable energy 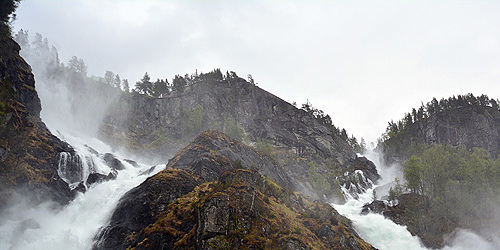 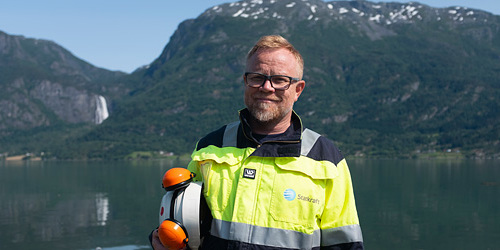 At work: "We want to be the best in the world at what we do!"

“It’s exciting to get up every day and check whether yesterday’s weather forecast was correct,” says Vidar Fossøy, head of section at Statkraft’s regional office in Gaupne, Norway. He has an... 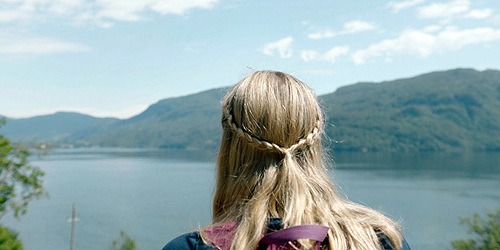 At work: How lucky we are to have water!

Hydrologist at Statkraft, mother of five, deputy mayor and operator of a small farm. Sigrid Bojesen Fatnes is happy with every single drop of rain that falls from the sky. 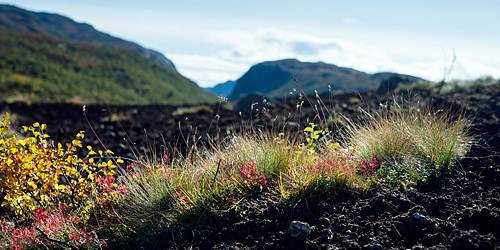