Based on the results of Statkraft’s 2020 human rights due diligence assessment, supporting and upholding minority rights represents an area of particular importance and focus moving forward.

Statkraft strives to create a work environment characterised by equality, diversity, and respect for all people, with a focus on those historically marginalised, under-represented, or otherwise excluded. To do so, Statkraft works to create opportunities and break down barriers in its workplace, supply chain, and within the communities in which the company operates.

Statkraft seeks to protect and support national or ethnic, cultural, religious, and linguistic identities that may be impacted by the company’s business activities. In light of Statkraft’s belief in the important role diverse backgrounds and skills have to play in the success of its business, the company also actively promotes inclusivity through strong global policies on labour practices.

Furthermore, Statkraft strives to apply country-specific strategies, and to develop internal initiatives aimed at preventing discrimination and enabling equal opportunities for all through considerations of gender, race, disability, and learning and thinking differences (‘neurodiversity’). By taking a wider view of inclusion that moves beyond a singular focus on gender, Statkraft aims to create policies and practices that accurately reflect the diversity of the people and communities the company works alongside on a daily basis.

When present in places where Statkraft operates, the rights of indigenous and tribal peoples are a priority area that Statkraft seeks to manage through effective and meaningful collaboration with local impacted groups.

In situations where projects may affect vulnerable groups like indigenous and tribal peoples, impacts shall be assessed in line with Statkraft’s stated commitments, as well as legal requirements. The cultural and religious significance of specific sites, the question of land ownership, and potential for conflict are all considered and addressed in consultation with local communities and groups.

To the greatest extent possible, Statkraft seeks to manage any potential impacts early in the project process in order to allow for sufficient time and resources to address issues that may arise. Statkraft teams are dedicated to establishing, building, and maintaining relationships with local people based on trust, which allows them to navigate situations characterised by conflicts of interest and ultimately arrive at solutions that everyone can live with.

The topic is highly specific to each construction project due to the necessity of taking local circumstances and context into account. As a result, Statkraft is dedicated to devising individualised strategies that do not fall into a one-size-fits-all approach. We seek to continuously improve our approach and use lessons learned as input to further development.

In October 2021, the Norwegian Supreme Court rejected the petition from Fosen Vind regarding the setting of damages for two Sami sijte (reindeer husbandry groups) in connection with the Roan and Storheia projects, which are part of the Fosen wind farm development. The reason for the rejection was that the Supreme Court found the licences were invalid as they violated the indigenous rights of the Sami sijte under Article 27 of the International Covenant on Civil and Political Rights. The Court found that the impact the wind parks could have on the reindeers’ winter grazing areas entailed a clear risk that the Sami sijte, over the long term, will have to significantly reduce their number of animals. The conclusion was that this would have a substantially negative effect on their ability to exercise their nomadic culture, unless satisfactory mitigating measures are implemented. The Ministry of Petroleum and Energy (MPE) has confirmed that no immediate measures will be taken in relation to the concession while the work to identify appropriate mitigating measures to be implemented is ongoing.

Both Statkraft and Fosen Vind have a clear commitment to respect human rights and adhere to the UN Guiding Principles on Business and Human Rights. In addition to the standard impact assessment process, a thorough review of the potential impacts on the indigenous communities at Fosen, had been undertaken as part of the original licensing process. This included extensive dialogue and engagement with the Sør-Fosen sijte and Nord-Fosen siida, the two reindeer husbandry groups within the reindeer husbandry district, both by the company and the relevant authorities. The companies acted in faith that the licences awarded in 2013 did not violate the Sami groups’ indigenous rights.

An agreement for the construction phase of the projects was reached between Fosen Vind and Sør-Fosen sijte and Nord-Fosen siida. Unfortunately, no agreement could be reached for the operations phase and the issue of compensation for this phase was therefore brought to the courts for resolution. Following the Supreme Court decision, MPE has outlined an administrative process with the aim to identify mitigation measures that safeguard the reindeer herders’ right to cultural practice and maintain reindeer husbandry at Fosen in the long-term. MPE will consider relevant changes to the wind park licences to ensure the protection of Sami’s indigenous rights. In light of our commitment to respect human rights, Fosen Vind and Statkraft will support this process and have proposed an impact assessment programme, as requested by MPE.

Fosen Vind will continue the dialogue with Sør-Fosen sijte with the aim of adopting appropriate mitigating measures that safeguard the reindeer herders’ cultural rights in line with Article 27, both short and long term. Fosen Vind has also outlined a plan for our emergency preparedness to help Sør-Fosen sijte in the event of a challenging grazing situation during the winter 2021/2022. We will continue the dialogue with the Ministry and other relevant stakeholders and contribute to the development of a satisfactory impact assessment programme. See note 35 to the consolidated financial statements for further information and www.fosenvind.no. 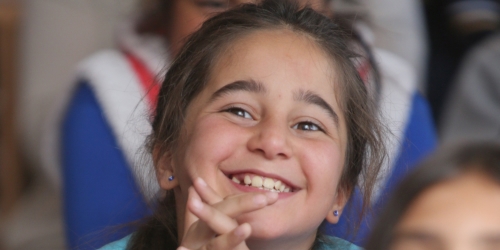 Through all of Statkraft’s activities, we aim to create value for society, the environment, and our company simultaneously. 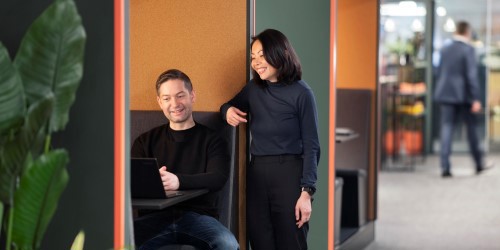 Our people are our greatest asset. That's why we work to ensure a working environment characterised by equality, diversity, inclusiveness and mutual respect for our 4,500 employees. 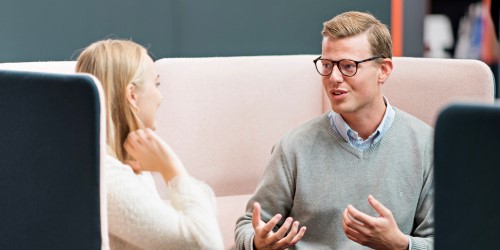 In order to provide more people with renewable energy, we must work with a variety of stakeholders. That's why we work to create an open dialogue around sustainability issues with all stakeholders who...