By choosing a power supplier that offers Guarantees of Origin, you can ensure that you are purchasing renewable power.

Guarantees of Origin: Ensuring 100 per cent renewable power in Europe

A Guarantee of Origin is a EU guarantee that a given amount of power is produced at a particular power plant. It is a voluntary certification scheme allowing consumers to choose a source of production, typically the choice between renewable and non-renewable electricity. 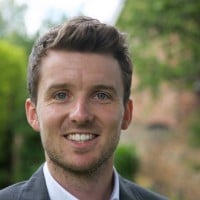 By purchasing Guarantees of Origin alongside their power in Europe. Internationally, they can rely on I-RECs (International Renewable Energy Certificates) and market-based certificates which fulfil the same goal.

A Guarantee of Origin tracks the source of the power bought by companies and energy suppliers in the market back to the power plant that produced it, thus answering the questions: which type of plant is it and where is it located?

Since electricity cannot be packaged and labelled with this information, the tracking happens separately. It takes the form of certificates, registered through a reliable electronic mechanism for every MWh of power produced.

“Some power suppliers purchase Guarantees of Origin for all their customers, so if you choose them, you’re assured that you get renewable energy. This is very common in Sweden and Germany,” explains Max Andrews, head of the Nordic Green Products unit in Statkraft’s Market and IT business area.

“Other power suppliers give the customer a choice of whether or not to purchase Guarantees of Origin,” he says.

The EU’s latest Renewable Energy Directive however requires electricity suppliers marketing their electricity contracts as renewable to document this with Guarantees of Origin, he further explains.

The picture shows pipelines down to Nore I power plant in Nore and Uvdal Municipality in Viken County in Norway. The power plant was put into operation in 1928 and is one of Statkraft's oldest power plants still in operation.

Facts about Guarantees of Origin

Companies that want to document their power consumption as renewable can either purchase Guarantees of Origin through their power supplier or directly in the wholesale market, often from power producers or through brokers.

The Guarantee of Origin scheme does not directly affect the sale of electricity, nor does it affect the flow in the grid. Instead it affects cash flow, by ensuring that the money the customer pays for Guarantees of Origin from a specific power plant actually goes to the power producer.

“In this way, energy customers can exercise consumer power and support certain power plants, technologies, locations and even recent construction projects and official labels such as EKOEnergy or TÜV,” explains Andrews.

They can achieve several goals:

Statkraft sells guarantees from both hydropower plants and wind farms.

“Given the large concentration of hydropower in Northern Europe, some companies still choose to base their climate reporting on the production mix within their geographical area. However, more and more companies are choosing to use Guarantees of Origin, which is the best-practice approach in Europe,” he adds.

Demand for renewable energy is growing.

“This is linked to the growing focus on sustainability in society in general,” says Andrews.

One important driver is companies with a green agenda. RE100, a global association of more than 260 influential companies, have committed to consuming 100 per cent renewable energy by 2050. By purchasing Guarantees of Origin, they exercise their consumer power to accelerate the transition from fossil to renewable energy. Companies such as Coca Cola, NIKE, IKEA, BMW, Sony, Google, Apple, Microsoft and Facebook are all part of the RE100 initiative, and in Norway Nordea, DNB and Elopac have joined.

“The RE100 and other companies are now also setting environmental requirements for their subcontractors, which could potentially trigger an exponential growth in demand for renewable energy,” says Andrews.