Emission allowances limit the greenhouse gas emissions permitted from power plants and industrial companies in Europe. The emissions trading scheme (ETS) will help the EU reach its emissions targets by 2030. 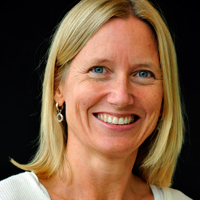 Fighting climate change is one of the world's biggest challenges, and will require  rapid and extensive reduction in emissions in all sectors globally. The EU has agreed target  to reduce  greenhouse gas emissions with at least 40 per cent by 2030 compared with 1990, and introduced an emissions trading scheme (ETS) for CO2-emissions. The companies covered by the ETS need to acquire CO2 allowances corresponding to the size of their own greenhouse gas emissions.

The purpose of a CO2  price is that the polluter should bear the cost of greenhouse gas emissions. This gives businesses a financial incentive to introduce new and cleaner technology, switch to renewable energy, switch from coal to gas, or cut emissions in other ways.

"If the emissions trading market is in balance, the CO2 price should equal the cost of cutting emissions, but due to a large surplus in the market, this hasn't been the case in practice in recent years," says Mari Grooss Viddal, senior advisor in strategic market analysis in Statkraft.

"The number of allowances available is determined at the beginning of a phase and sets a cap on emissions. In order for us to reach the climate target, the supply of allowances is reduced each year," explains Viddal.

The financial crisis in 2008‒2009 contributed to lower industrial activity and thus lower greenhouse gas emissions. Together with renewable energy subsidies, and other factors, this led to a reduction in the demand for allowances. Since the supply of allowances is determined in advance while the demand (emissions) varies from day to day, a large, accumulated surplus of allowances was created in the market. As a result, CO2 prices fell and have remained low in recent years.

To meet some of the design weaknesses of the scheme, EU politicians have implemented several reforms in recent years. The last reform was finalised in the spring of 2018. The reform will gradually remove the surplus of allowances by taking 24 per cent of the surplus out of the market and into a "market stabilisation reserve" each year. In addition, a significant share of allowances in the reserve will be permanently removed from 2023.

"The reserve works a bit like a vacuum cleaner that gradually sucks up the surplus in the market and makes the whole scheme more robust against changes in demand," says Viddal.

"Expectations around this tightening of the market have already led to a sharp increase in the price of allowances. The price has doubled since last year."

A higher CO2 price results in higher electricity prices when the most polluting power plants must operate. This applies to all of Europe. In this way the CO2 price affects how the various power plants operate hour by hour. For example, cleaner and more efficient gas-fired power plants become relatively more profitable compared to coal power plants.

Higher CO2 prices could also motivate consumers to reduce consumption during the periods with heaviest pollution, for example by encouraging us to charge electric cars or heat hot water tanks during the time periods with lower power prices and cleaner power.

"CO2 prices in line with what it actually costs to reduce emissions are important for driving a cost-effective transition to cleaner energy systems in Europe," says Viddal.

"Since the CO2 price lifts the electricity price during the periods with heaviest pollution, the ETS market fits well with the power market. The fact that there is one common CO2 price for all the countries in Europe helps to tie the European power markets closer together. On the other hand, other national climate measures will often disturb the power market, the ETS market and the European integration. As long as the ETS market sets a cap on emissions until 2030, other measure will, in practice, only shift emissions into the future or geographically to another country in Europe. For example, subsidising renewable power won't help reduce emissions if you don't simultaneously cancel a corresponding volume of allowances or move these to the reserve. This is something we are working on in Statkraft. Solar and wind power are now increasingly competitive without subsidies, and with a correct CO2 price, renewable power can compete with both new, and gradually also existing, coal and gas power."

A risk with the EU emissions trading scheme is that some companies may want to move their operations to a country without CO2 pricing. This is usually referred to as carbon leakage.

"In order to prevent carbon leakage, the EU has granted free allowances for industries that are particularly vulnerable to international competition. Now more countries and regions outside the EU are working to establish CO2 pricing, which will reduce this problem. Among others, China is introducing a national emissions trading scheme that will be bigger than Europe's, and that's good news," says Mari Grooss Viddal.

"The hope is that more and more countries and sectors use CO2 pricing as a measure. This will prevent carbon leakage and contribute to a more cost-effective transition to a low-emissions society globally, so that we hopefully can reach the climate targets. And in the end, that's what this is all about."