Turbine installation at Roan wind farm in May 2018. 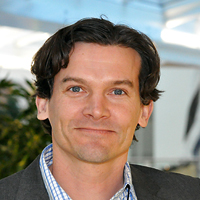 Bjørn Mo Østgren is vice president of the Asset and Project Management unit in Statkraft. His responsibility is the follow up of the company's wind farms in Northwest Europe.

"The cost of building new wind farms has gradually decreased in recent years, and in the past year alone costs have fallen dramatically," says Bjørn Mo Østgren, who is responsible for monitoring Statkraft's wind farms in Northwestern Europe.

"Wind farm production costs have fallen so dramatically in many parts of the world that building costs are more affordable for new wind farms than for new gas or coal-fired plants – even without subsidies. Onshore wind farms are now the cheapest alternative for developing new methods of electricity production."

Østgren believes the dramatic cost reductions will lead to a building boom in the wind power sector in many countries. Wind will predominantly replace coal, which is good news for the transition to a carbon-free society.

There are several reasons why wind power has become more affordable, and technological development is undoubtedly one of them.

"The key driver of the technological development has been a tendering system based on auctions. Under this system the developer offering production with the lowest subsidy requirements wins the contract. This has led to substantial cost reductions in an industry which previously was used to relatively high subsidies."

As well as the turbine manufacturers' improved ability to produce increasingly effective, robust and affordable turbines, wind power developers like Statkraft have become more experienced and effective at implementing their projects.

"We are making fewer errors, achieving higher quality at every step, and cooperating better with our subcontractors. We are also forming more effective contracts for cables, roads and other infrastructure. All these factors are pushing project costs down."

Statkraft's core business has always been hydropower, even though the company opened its first wind farm in Smøla in 2002. Now, as Statkraft firmly positions itself as a producer of renewable energy in a broader sense, development of solar and wind power plants is becoming an increasingly important priority area.

"Both solar and wind power are strategic growth areas for Statkraft," says Østgren. "Initially we will likely invest most in Europe, where countries such as Sweden, Norway, the UK and Ireland stand out as promising markets for wind power. In the next phase we may invest in other parts of the world, and perhaps particularly in countries where we already have a presence. In Brazil, for example, Statkraft already has several hydropower projects as well as a wind farm."

Østgren concedes that the competition to develop wind power projects is tough, but that Statkraft has excellent prerequisites to measure up:

"It's about finding the best sites for building the farms, and about designing effective processes in cooperation with the site owners. The sooner we can enter the process, the better," he says.

"Statkraft is an experienced developer with the ability to implement projects on time and budget, and that is a prerequisite. Moreover, we have the meteorological expertise and close contact with turbine manufacturers needed to find optimal solutions."

What the industry is waiting for now is a minor revolution in battery storage."

"Batteries are already being used to some extent in wind farms, for example in the UK, but we are waiting for them to become both cheaper and better," says Østgren.

"When the world is given the possibility to store the electricity generated from sun and wind in more efficient and more affordable ways, we will see the next wave of major developments in the power production landscape."

Roan wind farm in Trøndelag County, with its 71 turbines and 256 MW power, was the largest in Norway when the building phase was completed. Roan is the first of the wind farms in Fosen Vind's portfolio.

About wind power in Statkraft
Opens in new tab or window