One of several measures to improve conditions for fish, birds and riverbed-dwelling species is to construct weirs that expand the surface area of deeper water in rivers with little water flow. The picture shows a weir across Raufjellfossen on the Rana River.

Hydropower is renewable and flexible, and provides stable and secure energy from local resources. But all power development affects the environment, and power plants and dams can impact fish life in rivers. Nonetheless, much can be done to improve conditions for fish without affecting the production of renewable hydropower. 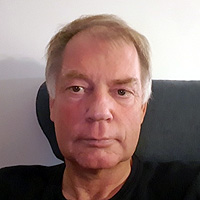 Sjur Gammelsrud is an environmental consultant in the department for licences and environmental management in Statkraft's business area Nordics.

Hydropower is central to the power system in Norway, the other Nordic countries and the rest of Europe. Hydropower is also an important source of renewable energy in countries such as Sweden and Germany. Power plants with large reservoirs, of which there are many in Norway, are particularly important for producing electric power when other renewable sources cannot produce sufficiently.

Regulation of rivers for power production can, however, have negative consequences for life in watercourses. Statkraft is working to find solutions that reduce the impact on the environment – without affecting power production.

The main challenge with a hydropower plant is that it usually leads to reduced water flow in rivers, desiccation of land or changes in current flows. All these impacts can create problems for the fish.

"Adult fish need areas where they can spawn, and young fish need protected areas where they can grow up. In hydropower reservoirs, water levels can vary greatly during the year, which results in erosion, freezing and desiccation of the shoreline. This often creates poor conditions for fish that feed and spawn on the riverbed," says Sjur Gammelsrud, environmental consultant in Statkraft.

"When we had the major power developments in the 1950s and 1960s, the first priority was to provide electricity to households and industry. Less attention was paid to the environment in the watercourses. These power developments often resulted in significant declines in fish populations. At that time, mitigating measures were taken in the form of stocking fish in the reservoirs and rivers to compensate anglers, professional fishermen and landowners. Landowners also received financial compensation for lost fishing. In addition, weirs were built in rivers, not only for aesthetic reasons, but also to create pools where grazing animals could drink," he says.

Fish are still being stocked in the first watercourses that were regulated, but new solutions are also being developed to repair the damage done to fish populations during the development of the power plants.

"We are now looking more for measures that can improve local conditions for fish and other life on a long-term basis. A self-sustaining ecosystem is better than one that depends on stocking fish every year. It is also in line with national guidelines from the authorities," says Gammelsrud.

It is no use relying on trial and error to find effective measures in different watercourses; the measures must be based on knowledge. That is why Statkraft collaborates with several research communities, including the Norwegian Institute for Nature Research (NINA), NORCE research centre, and the University Museum and HydroCen research centre at the Norwegian University of Science and Technology (NTNU).

Knowledge from these research communities provides a basis for long-term measures that can ensure viable populations of fish, mussels and other species in watercourses with hydropower production. The research has resulted in, among other things, a handbook for environmental design in regulated watercourses (link to PDF in Norwegian).

"One of the most important factors for fish to be able to migrate upstream to spawn is that there is a minimum amount of water in the river," says Gammelsrud.

The requirement for a minimum rate of water flow, which is common in Norwegian hydropower licences issued after 1970, is intended to contribute to this. The requirement states how much water in cubic metres per second must flow in the river at all times. Another measure is residual water flow, which comes mainly from groundwater or from tributaries and streams below the dam.

"Together, these measures often provide enough water for adult fish to migrate up the river and spawn. However, there is also often a need for measures to improve the habitat, such as installing spawning gravel or reconstructing areas where young fish can grow up in safe conditions and develop into a sustainable population," he says.

Fish need a certain amount of water in the rivers to be able to migrate to spawning areas.

Minimum rate of water flow is the minimum permitted water flow in regulated watercourses. In Norway, the level of minimum water flow is usually part of the licencing conditions. No such requirements apply for hydropower plants in Sweden.

Residual water flow is the amount of water flow left in a watercourse after regulation. The water can partly be groundwater and partly water from streams and tributaries in the catchment area outside the regulated area. The combination of residual water flow and requirements for minimum rate of water flow determines how much water is in the river at any given time.

This type of long-term measure for fish is often carried out in connection with modernising old power plants. One example is the upgrade of the power plants at Røssåga in Nordland County. Nedre Røssåga power plant was commissioned in 1955 and Øvre Røssåga in 1961. When the power plants were built, the level of environmental awareness was much less than it is today. Many also probably thought that fewer salmon in the river was a small price to pay for having electricity in the home.

"In the district of Helgeland, where the Røssåga power plants were built, only about half of the population had electricity in their homes, and the electricity that was available was rationed," says Bjørn Grane, environmental coordinator in Statkraft Region North.

"The construction of power plants supplied people with electricity for their washing machines, refrigerators, lighting and heating. In addition, the power plants laid the foundation for jobs, such as the ironworks in Mo i Rana and the aluminium plant in Mosjøen. The power plants improved people’s standard of living. It is important to understand this history to know why environmental protection was not a high priority at the time," he says.

Both power plants in Røssåga underwent extensive modernisation in 2016, and Statkraft made a significant effort to repair the environmental damage from the original development – partially to meet government requirements, but much also on its own initiative.

The modernisation at Røssåga increased production from the power plants and led to better conditions for all life in the river, not least for salmon and sea trout.

"An important measure was to move the power plant outlet 600 metres upstream in the river. This meant that the watercourse regained a long stretch with much higher water flow and significantly better spawning and rearing habitats for fish," says Grane.

"We have also installed rock structures that distribute the water flow and reduce the water velocity from the outlet," he adds.

In connection with the plants at Røssåga, Statkraft, in collaboration with the Norwegian Environment Directorate, manages a gene bank to preserve the genetic material of five different strains of wild salmon. The gene bank has agreements with several angling associations whereby members catch adult spawning salmon and harvest roe and milt from the fish.

"This gene bank, along with a couple of others, is absolutely crucial for protecting the Norwegian wild salmon stocks. Among other things, the gene banks make it possible to re-establish a salmon stock in a watercourse infected with the salmon parasite gyrodactylus salaris," says Grane.

"The parasite has to be removed with chemicals that kill all life, so without the gene bank, the salmon stock in the river would have been wiped out. "

At Statkraft's gene bank at Bjerka in Nordland County, roe and milt are extracted from the salmon, which then become fry in the hatchery.

Where natural recruitment of fish populations is not possible, fish can be stocked. Statkraft has a number of hatcheries in Norway and Sweden.

Together with the Norwegian Environment Directorate, Statkraft also manages a gene bank at Bjerka in the district of Helgeland to preserve the genetic material of five different Norwegian wild salmon strains.

Statkraft has agreements with local angling associations for catching spawning salmon in the Surna, Suldalslågen, Ulla and Skien rivers. These agreements make it possible to harvest roe and milt for the hatchery.

Hydropower is also important in Sweden, even though it accounts for a smaller share of energy production there than in Norway. Unlike Norway, Sweden does not have the large waterfalls with the high heights of fall needed for high-pressure power plants, so Swedish hydropower is largely based on run-of-river power plants situated in the large rivers.

There can often be 10–20 power plants along a river, which makes it very challenging to maintain the fish population in the watercourse. In the Lagan River, Statkraft has organised the transport of eel fry and adult eels past the power plants to give the endangered European eel a chance to survive. However, such measures are uncommon.

"Swedish hydropower has 'perpetual' licences, which has made it difficult to set new environmental requirements for the power plants," says Angela Odelberg, environmental coordinator in Statkraft Sweden.

"Many power producers have taken a number of voluntary measures in the form of stocking and trap and transport, but these are compensatory measures. The EU Water Framework Directive will set new and stricter requirements for more permanent solutions for hydropower. By 2023, we will propose measures in the first rivers where Statkraft has power plants, so a lot of attention is now being devoted to acquiring knowledge and conducting surveys to determine the most suitable measures."

Statkraft is conducting such a survey on the Ljungan River, a 400-kilometre-long river that stretches from the Sylan mountain range on the border with Norway and across Sweden before draining into the Baltic Sea at Sundsvall. Fifteen major hydropower plants are located along the river. Five of them are operated by Statkraft, including the Viforsen power plant, which is the last before the river flows into the Baltic Sea.

Ljungan has a natural salmon population that is important to maintain, and in 2014 a research project began to survey the riverbed conditions in the last 20-kilometer-long stretch out to sea.

"Since this project started, we have acquired a great deal of knowledge about how our operations affect the environment and how we can improve the spawning and rearing conditions for salmon through habitat improvement measures, among other things," says Odelberg.

"The question is whether measures such as this are sufficient to meet the new environmental requirements from the EU. Do we need to build more waterways and fish ladders past the power plants? Do we need to release more water from the reservoirs? How extensive do the measures need to be to meet the environmental requirements that are coming? And how will this affect production?"

"The current debate in Sweden is about how we can make hydropower more environmentally friendly without severely affecting production. We want good conditions for salmon, trout and eel in our rivers. At the same time, the need for clean, renewable energy is increasing. I hope we can achieve both," she concludes. 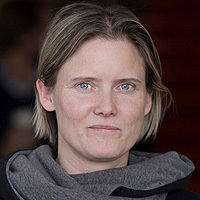 "We have acquired a great deal of knowledge about how our operations affect the environment and how we can improve spawning and rearing conditions for salmon through habitat improvement measures, among other things."
Angela Odelberg
Environmental consultant in Statkraft Sweden