The hydropower plants in Norway are getting on in years. This means costly maintenance and large reinvestments. What if the power plants could tell us what they needed and when? 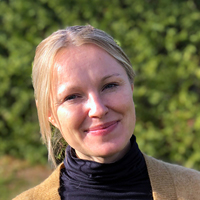 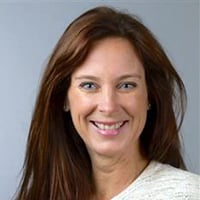 Christine Schei Liland is titled Business IT Developer and works with data modelling and project management in Statkraft's business area for CFO&IT.

Many Norwegian hydropower plants were built between 50 and 100 years ago. They have reached an age when they need more frequent maintenance and replacement of components. These are costly operations. Every year, Statkraft spends up to NOK 2 billion to maintain and raise the technical standard of valuable hydropower plants.

"With more timely and detailed information about the technical state of the hydropower plants, we can operate with shorter timeframes in maintenance planning while ensuring that we avoid mistakes," says Camilla Feurst, senior specialist risk management in Statkraft.

This is where digitalisation comes into play.

"All our hydropower plants are automated, but risk assessments are still based on physical inspections and manual calculations. This means there is a major potential for digitalisation," she says.

In 2017, Statkraft launched a pilot project to investigate whether advanced data analyses, algorithms and machine learning could provide new insights into the state of the power plants and be useful tools for maintenance teams.

"We were looking for a crystal ball and wanted to find out whether computer-driven models could give us the answers we needed. The goal is to utilise the entire life expectancy of parts and components, while avoiding failures and unplanned downtime at the power plants. With more precise risk assessments, we can also minimise planned downtime in connection with maintenance and improvements," says Feurst.

The pilot project was assigned to Kvilldal, Norway's largest hydropower plant with an installed capacity of 1240 MW. The power plant is located in Suldal Municipality in Rogaland County and is part of the Ulla-Førre development.

"This is a fantastic installation. The power station is located a kilometre inside a mountain and has a turbine runner weighing seven tonnes. A 600-metre height of fall applies enormous water pressure on the turbines. The water level in the reservoir can be regulated all of 125 metres up and down. It's simply impressive," says Feurst.

It was here that the members of the small digitalisation group went to test their hypotheses in practice.

"Although the plants are managed from a centralised location and thus operated digitally, we had little access to historical data suitable for analysing the condition of the components. There were also few sensors installed on the equipment, which currently must be visually inspected."

Algorithms and machine learning are normally used to look for patterns when something goes wrong.

"The instrumentation that exists today is installed to protect against major failures that may occur in critical components. There have been no serious cases of failure at Kvilldal, so it was difficult to find failures that could be used as examples to train the algorithm. And creating failures so the model could learn was out of the question. After all, we are talking about very expensive components that weigh several tonnes. It's a bit like the airline industry; serious mistakes simply cannot be allowed to happen," says Feurst.

The solution was to set up sensors and collect data on smaller parts and things that actually break down, in addition to making a digital fingerprint of the plant when it operates properly.

"In that way we could investigate what happened when the data changed. Was it a deviation or just a normal variation? If the changes actually indicated an error, we could adjust the algorithm and give the situation a name – Error 1, Error 2, Error 3 and so on."

Christine Schei Liland of Statkraft's IT organisation has been the project manager of the pilot and has established a task force to continue the work. She believes the interdisciplinary and exploratory approach is a major success factor.

"By establishing an interdisciplinary team, the project has learned from several disciplines and areas in the organisation. Statkraft has a long tradition in developing advanced algorithms and computer-driven models in the market department that works on power trading. We also have expertise in collecting and analysing weather data and in hydrology."

In addition, the team has gained inspiration and expertise from wind power, and of course from the maintenance organisation in hydropower production.

"Wind power is based on a younger technology. The components usually come with sensors and datasets, and this has created a culture for using computer technology when planning maintenance."

Another goal is that projects such as this will strengthen digitalisation throughout the organisation.

"We chose an exploratory, flexible working method where testing and learning are central, allowing the project to be redefined along the way," says Schei Liland.

When Camilla Feurst and the computer analysts arrived at Kvilldal, they met a maintenance team with many decades of experience from the power plant.

"The maintenance manager can place the palm of his hand on the turbine and immediately feel if the vibration is correct. But what happens when he's no longer there? It was crucial for us to have close dialogue with the maintenance team and to absorb their knowledge. People with high levels of expertise have made professional assessments in the power plants for almost a hundred years. The experience gained from this is very valuable in general, and particularly when we're going to create accurate computer-driven models," she says.

Many were a little sceptical about the project, and this was no surprise to Feurst.

"Healthy scepticism is useful and makes the project better, but the fear that algorithms and sensors will eventually replace humans can make us less adaptable. We're still going to need people, but perhaps in different roles," she says and emphasises: "We must never forget that the models describe a reality – and that will always consist of nature and mechanics."

Even though the pilot at Kvilldal and other test projects show promising results, there is still a way to go before the technology is ready for implementing on a large scale.

"Nevertheless, I'm convinced that developments will move quickly. We see that there is money to save and that hydropower must be competitive in the future too."

In a few years, power plants will probably be able to say when they "feel" that something is not the way it should be. Sensors, data and algorithms can detect where the problem is and indicate when and how best to solve it.

"We were looking for a crystal ball and wanted to find out whether computer-driven models could give us the answers we needed. The goal is to utilise the entire life expectancy of parts and components, while avoiding failures and unplanned downtime at the power plants."
Camilla Feurst
Senior Specialist Risk Management
Contact us