Good maintenance can ensure almost eternal access to clean, renewable energy from Norwegian hydropower plants. Many of the major power plants were built in the 1960s and are now facing necessary modernisation and upgrading. 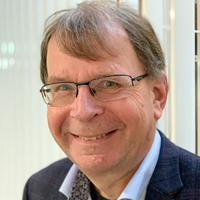 Properly managed, hydropower is an almost perpetual renewable energy source, and once dams, penstocks and turbine rooms are built, the power plants are relatively inexpensive to operate for some time. But after decades of operation, power plants need a thorough overhaul. Statkraft owns several of the large plants that need modernisation if we are to fully utilise important hydropower resources over the next decades.

"Over the years, waterways, penstocks, valves and turbines are subject to wear and tear, and at some point it's necessary to shut down parts or all of the plant to carry out improvement work," says Erik Høstmark, responsible for coordinating Statkraft's reinvestment portfolio. This normal and essential maintenance is needed for the power plants to continue to produce electricity.

Experience shows that a power plant must be totally modernised about every 50 years. The most common approach is to replace individual components as they wear out, but sometimes it is best to upgrade the entire plant in one large-scale operation.

The solution for Lio power plant

Lio in Tokke municipality in Telemark County is an example of a power plant that Statkraft has modernised. The power plant was completed in 1969 and was quite typical of many of the older facilities in need of modernisation. Prior to modernisation, a thorough check is performed on the condition of all relevant components to get an overview of what needs to be upgraded.

Virtually all the components in Lio power plant were replaced or improved and upgraded – the dam, waterway, penstock and valve, turbine and generator, transformer, cables and control system. The modernisation work was carried out in 2015–2017.

Shutting down a hydropower plant for maintenance incurs both direct and indirect costs. The modernisation work itself has a cost, but it can also mean lost income if production at the power plant is reduced or shut down completely during the work. Four to six months of shutdown is common for extensive modernisation work. Statkraft always tries to make planned stops rather than having a plant unexpectedly shut down due to a failure in one or more components.

For a planned modernisation project, the plant will be shut down at the time of year with the lowest possible loss of income. Often the reservoir is lowered to have a buffer to receive the water flowing in during the stoppage period. Then the reservoir will be refilled during the time the power plant is shut down.

"The condition of components at the power plants are regularly checked so we can continuously assess when it's the right time to replace them. Previously, replacements were made at regular intervals, now we make replacements when needed, and when the risk of continued production becomes too high," explains Høstmark.

It is reasonable to expect upgrading and modernising a 50-year-old power plant to result in increased power generation, but this is neither a given nor necessarily a goal. Statkraft commits a lot of resources to upgrading the power plants' dams and waterways, and the result can be increased flood control capacity and safer dams, but without increased production.

"Modernising an existing power plant doesn't usually generate more power or increase production. New valves, computer systems, generators and cables improve reliability, but don't in themselves increase production. You can get a small increase in efficiency when you upgrade the turbine with a new impeller, but we're talking about a one to two per cent increase," explains Høstmark.

The goal of modernising hydropower plants is therefore primarily to preserve an important resource and to ensure that the power plants continue to supply electricity for another 50 years. A major increase in production will usually require a more extensive upgrade and new licences.

At some power plants where the height differences between the reservoirs are under-utilised, Statkraft has built new small power plants. In this way, water resources can be better utilised, and Statkraft can produce more electricity overall without causing major new impacts on the natural environment. Measures like these, that have minor environmental consequences, can be implemented wherever profitable and feasible.

In practice, electricity production at a hydropower plant can only be increased by feeding more water into the system. This could mean increasing the number or size of reservoirs, which will require new licences and new impacts on the natural environment – and will likely generate a great deal of debate. Building new, large hydropower plants with new dams and reservoirs is politically challenging in Norway today.

"The few remaining watercourses that could be developed are located in or near protected areas, and plans for regulating these would be controversial. Building larger dams, or expanding the reservoir capacity of existing plants in other ways, will probably not be considered either. This is exactly why it's so important that we take good care of the facilities we have," says Høstmark.

"Hydropower is an invaluable resource in itself, but it is also very important because we can store the water and produce the power in a flexible way – unlike other renewable energy such as wind and solar. With hydropower, we can produce whenever we want and when we need it the most."

Lio power plant in Tokke in Telemark was built in 1969 and modernised between 2015 and 2017. The scope of work completed gives a good picture of what may be needed to modernise and upgrade 50-year-old hydropower plants:

After the upgrade, the installed capacity has increased from 40 to 43 MW. Annual production is increased by up to 18 GWh to a total of 243 GWh.

Total investment for the project was around NOK 200 million.