People and the environment: Power development must be sustainable

More renewable energy is crucial for meeting global climate change challenges. At the same time, the development of renewable energy cannot be at the expense of people and the environment. Statkraft goes to great lengths to make its projects sustainable. 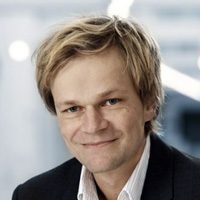 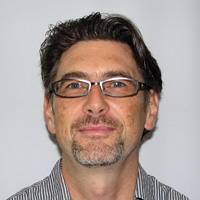 Statkraft is a large international company with operations in many countries. It is also a state-owned Norwegian company, with clear ethical guidelines and important responsibilities. This creates clear expectations that the company acts responsibly and operates sustainably – all over the world.

"When Statkraft considers a power development project, our job is to identify possible areas of conflict related to the environment or social conditions, propose remedial measures and possibly offer compensation for negative impacts," says Pål Høberg, who works on environmental and social issues in Statkraft's International Power business area.

He and colleague Stephen Sparkes, who heads the Environmental and Social Development unit, share overall responsibility for the work on sustainability in the International Power business area. In addition, local employees monitor the projects on a daily basis. The work on sustainability is part of the planning and implementation of all projects, and follows a well-established methodology in accordance with international standards.

"It starts with a recognition that our business can have negative impacts on the environment and society. We give the world renewable energy, but the development of that power leaves a mark. We shouldn't try to conceal this or become defensive," says Høberg.

"When considering a project, we must take into account technical, economic, social and environmental issues, and it's the overall analysis that determines whether the project is feasible or not. The means that a project is just as likely stopped for social reasons as for technical or financial ones," says Høberg.

"Our role in the process is to conduct an impact assessment where implications for the environment, society and the economy are highlighted. For example, we survey any threatened species in the area, possible conflicts with the rights of indigenous peoples, the interests of the local population, and economic and social conditions with which the project might conflict. In hydropower development, large areas will often be flooded, so any people living there must be moved to another area. Dams, technical installations and power grids will also have an impact on nature and could cause damage to flora and fauna.

Høberg emphasises that it is always external consulting firms that do the environmental impact assessments, closely monitored by people qualified in environmental topics.

"In many cases, national authorities will also require an independent third party to analyse the environmental impacts. In this way, you avoid suspicion that the analysis conceals or plays down the negative impacts."

"We have established a good practice here, based on the principle that remedial measures should, as far as possible, make conditions as good as or better than they were. If we need to cut down one tree, we'll plant two new ones. If someone has to move from their home, they will be offered another home that is comparable or better," explains Høberg.

He is working on a project in the Indian Himalayas, where a hydropower development has just presented these issues.

"The chilgoza pine tree, which is a threatened species, grows in this area and in few other locations. As well as being a threatened species, the trees have pine kernels which are in high demand and are an important source of income for the local inhabitants. When we build a power line through the area, we have to clear a corridor, which will affect the environment and the people living there. In practice, we deprive someone of the equivalent of a month's salary for every tree we cut down. We also know that it will take 20 years for a newly planted tree to yield fruit. The solution in this case is to locate the power line in a way that requires cutting down as few trees as possible. We also establish a programme where we plant two trees for every tree we remove. We also compensate those affected for the loss of production for 40 years. That's a fairly generous compensation."

Many meetings and many cups of tea

Reaching a good compensation agreement is not done in a hurry, and it is certainly no use barging in with a suitcase full of money and a ready-made solution.

"We inform and engage with those affected over time. There are many meetings that need to be held, and many cups of tea to be drunk," says Stephen Sparkes.

"Building confidence is key. This is especially true in countries where many – perhaps for good reason – have great distrust of authorities and foreign companies. Therefore it is imperative to establish good relations with those involved. We need to talk to the local community, involve the village representatives and build trust over time. Then we often come up with solutions that work for everyone."

Corruption is a minefield, and it is almost always an issue in foreign projects, according to Sparkes. It is therefore important to act ethically and to ensure that financial compensation is fair and reasonable.

"We can't allow ourselves to be pressured into paying someone 100 times the market price of their house, for example. We must provide proper and reasonable compensation, but if we go in with an open wallet, we immediately enter a grey zone towards corruption. In the same way, we must be cautious about using local 'consultants' who can help with permits and faster processing times in return for a fee. We have zero tolerance for corruption and always follow Norwegian principles and values in this area. We have experienced that this attitude can sometimes delay certain projects, but in the long run it builds trust and credibility," he says.

Stephen Sparkes is involved in Statkraft's projects along the Pilmaiquén River in Chile, where the company has a licence to build two power plants, Osorno and Los Lagos, in addition to one already completed.

The river has great cultural and religious significance for the indigenous peoples, the Mapuche Indians, and this is especially true of the area of Osorno, where an important ritual is performed. Statkraft has therefore initially concentrated on the development in Los Lagos, so that the company can spend more time changing the project to avoid impacts on the ritual site.

"The situation is complicated by a long-standing conflict between the indigenous population and the Chilean authorities, where the indigenous people regard this as their land. At the same time, only a small proportion of Mapuche Indians is actively opposing our projects. ­In cases like this, where there may also be internal conflicts of interest, it is important to take the time to try to find solutions that everyone can live with. Our Chilean team has spent a lot of time with the local people to establish a good relationship based on trust," he says.

Sparkes says that Statkraft rarely ends up in conflicts that extend over many years or that cannot be resolved.

"Projects with high potential for conflict could be stopped relatively early. This may be because the environmental impacts or social consequences are so great that it would be difficult to obtain a licence and gain acceptance from the local population. Even if we were to get a licence from the central government, we may not want to build it anyway. If there is one thing we've learned, it's that you need to have the local community on your side. Without this, in practice we have no project," says Sparkes.

The curly pelican is a rare bird that is listed globally as an endangered species.

Looking after the pelican