Next week, thousands of world leaders and decision-makers will gather in Glasgow for the U.N. Climate Change Conference COP26. Then we’ll finally find out whether there’s any hope to limit global warming to 1.5 degrees.

According to the International Energy Agency’s (IEA) new energy report, meeting this target requires the COP26 conference to be the catalyst for rapid and sizeable emissions cuts.

If we are to achieve any of the climate goals, it’s essential that there’s strong backing to change the world’s energy systems. Emissions from fossil fuels account for around three quarters of all global emissions, and within just three decades, they must be eliminated.

There are claims that today’s currently challenging energy situation and high costs indicate a difficult transition from fossils to renewables. But is it really true that the high prices are the result of the transition to renewable energy, and that this change means more expensive and unreliable energy going forward?

It’s fossil fuels, not renewables, that are driving up the prices.

There are several reasons for the high prices in today’s power market. The primary cause is the high cost of gas and coal. Europe has been investing in solar and wind power recently, which has led to significantly lower CO2 emissions. But the continent is still dependent on fossil fuels, and most of the time, it’s coal and gas that dictate power market pricing. The high gas prices are due to low European gas reserves and a strong demand for liquefied natural gas (LNG) in Asia, among other reasons. In addition, coal prices are at a record high, and the carbon price is also going up.

In other words, it’s not renewable energy that is driving up the prices. But nonetheless, low wind power production gets the blame.

Admittedly, German wind power production was about 10-15 percent lower this past summer compared to the previous year. But this is still within normal range and a minimal variation in comparison to the imbalance in the global gas markets. The IEA report confirms that the renewable energy transition is not the cause of the high prices.

That means that fossil power production is not cheaper for society than renewables. More renewable energy can even lead to lower energy prices per person. And if one considers the costs of climate change and extreme weather on top of that, then the picture becomes even clearer.

When renewable production is high, the prices can be quite low. When the renewable production is low, the power prices are then determined by coal, gas, and carbon. Gas-fired power plants (in countries where hydropower isn’t an option) will play an important role for years to come, to compensate for times when renewables are low, though the utilisation of these plants will experience a decline in step with the ramp-up of renewables.

Better integration of the power markets between countries ensures that power can be imported from other nations when needed, while at the same timing enabling the export of excess power during times of high production. In addition, more demand flexibility and better storage technology, such as batteries and hydrogen, will help us to curb the variability related to renewables.

It is important to minimise the impact of market volatility for the consumers. If we are to realise the major changes necessary to meet the Paris Agreement goals, then it’s crucial that people don’t experience unnecessarily high and unpredictable power prices.

The best way to prevent high costs and unpredictability is through close, cross-border cooperation coupled with clear measures to reduce the use of fossil fuels. This is where the IEA report makes it crystal clear: The current level of investment in renewable energy is not adequate, neither in terms of meeting the world’s short-term needs nor in terms of what is required for major transformation. Therefore, the solution is more renewable energy, not less. 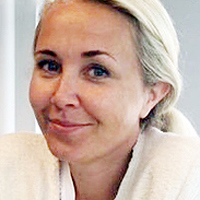 "It’s fossil fuels, not renewables, that are driving up the prices."
Julie Wedege
SVP Corporate Politics and Ownership, Statkraft