In connection with the Banja power plant, Statkraft built a large dam, creating a reservoir that provides even and secure access to water for the power plant's turbines.

Albania can play a key role when the Balkan countries phase out fossil fuels in favour of renewables. Statkraft already operates in Albania, but political risk can put a damper on further growth. 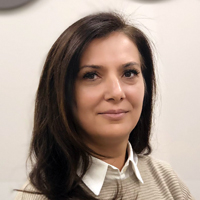 Statkraft is now gaining experience before possible further investments in Albania or other countries in the region. It is a difficult decision. Competition from other renewable energy sources, such as solar and wind, makes it very hard for new hydropower projects to be profitable.

"Albania is a small country with about three million inhabitants and a rather small domestic power market. What makes Albania interesting for Statkraft is the country's location: in the middle of a large region that must increase its production of renewable energy over the next few years," says Rigela Gegprifti, Statkraft's country manager in Albania.

"In addition to Albania, the Western Balkans include countries such as Northern Macedonia, Kosovo, Bosnia, Serbia and Montenegro. These nations are knocking on the door of the EU. If they are to be invited in, they must accept market liberalisation and a European energy policy that requires a strong commitment to renewable energy."

Virtually all energy production in Albania today is hydropower, and most of it is owned by the state. The country has several hydropower plants with large reservoirs, but the market is strictly regulated. The total market is about 7.5 TWh and is dominated by one large producer, KESH (Korporata Elektroenergjitike Shqiptare), and one large state distributor, OSHEE (Operatori i Shpërndarjes së Energjisë Elektrike). Electricity prices are heavily subsidised for consumers.

"When there is good rainfall and the reservoirs are full, the system works well. Then everyone is happy. There's enough electricity for everyone and it's cheap. The challenge comes when there are dry periods and perhaps several dry years. Then there is a large power shortage in the country, OSHEE has to go out into the market to buy power and the price hits the roof," Gegprifti explains.

She thinks it is a disadvantage for Albania that the one large producer, KESH, cannot sell power in an open market. Market regulation results in low income for the producers and few incentives to develop new power production.

"A process is underway to deregulate the market and establish a regional spot market, but it will take time and requires legislative changes. Otherwise the conditions are excellent. The region has, among other things, a well-developed transmission grid between the countries," says Gegprifti.

She emphasises that Statkraft's two hydropower plants in Albania are not subject to the same restrictions as the state-owned power plants. The power from Banja and Moglicë, is sold on the open market, primarily to Hungary but also to Greece and Serbia. Access to Italy's market opened in 2020 with a new subsea cable from Montenegro to Italy and a power exchange in Montenegro linked to the Italian market.

"Being able to sell the power on the open market was a key condition for us. The projects would not have been profitable if we were to sell electricity in a fully regulated market," says Rigela Gegprifti.

The power from the floating solar park is sold on a long-term PPA with Albanian authorities.

For the EU, a functioning power market is a prerequisite for the countries in the region to become full members. The Western Balkan countries must also be part of the green shift if Europe is to meet its climate targets. EU countries will invest heavily in renewable energy in the years to come. If the Balkan countries are to participate, they must cut their own emissions and open up their power markets. In the Balkans, many brown coal power plants are still in operation, and when this coal power is phased out, there will be a major shortfall in power production. This deficit must be met with large investments in renewable energy.

"If things go the way most people think, a large market for solar and wind power will open up throughout the region," says Gegprifti.

Statkraft is currently only present in Albania, and mainly in hydropower, but Gegprifti believes many new opportunities can present themselves in the years to come.

"It's not profitable to develop more hydropower in Albania, but both solar and wind can be interesting areas for investment. Parts of the Albanian coastline have the best solar conditions in the entire region, as well as large areas of uncultivated land that are unsuitable for farming or settlement purposes. However, they could prove very suitable for large solar parks," says Gegprifti.

Although Statkraft sees opportunities in Albania, there is also some cautious scepticism regarding further investments. This has more to do with political risk than with market opportunities. Albania is a democratic republic, but it is a young democracy struggling with poverty, organised crime and corruption.

"The experiences from Banja have likely created some mixed feelings internally in Statkraft. Due to time-consuming and complex decision-making processes in the Albanian government agencies, it took several years from when we started planning until we got the building permit," says Rigela Gegprifti.

"There was also some nervousness about the ability to sell the power on the open market, but an amendment to the Energy Act in 2015 removed these concerns."

Albania is the only country in the region with significant reservoir capacity, and may play a key role as the Western Balkans "battery" in the transition to renewable energy. Albania will probably also earn much more for its hydropower resources on an open market. So far, there has been a lack of political will to fully implement the major market reforms needed.

"The politicians are probably afraid that opening up the market will drive electricity prices up and out of control. That won't be popular with a population accustomed to regulated prices," says Gegprifti. She thinks Albania is moving in the right direction, but no one is sure if, and when, the country can become part of the European community.

"The EU likely wants them to join, but not at any price. The country must be able to follow some basic principles, and this also applies to energy. The EU has established an energy secretariat in Vienna to help the Balkan countries implement market reforms. It pushes and pulls to keep the process going, but lacks the authority to apply real sanctions," says Rigela Gegprifti.

"The Balkan countries must see for themselves the opportunities and benefits of liberalising the energy market. No one can force them."

Banja power plant has an installed capacity of about 72 MW. Average annual production is 255 GWh.

Moglicë power plant has an installed capacity of about 184 MW. Average annual production is expected to be around 450 GWh.

Most of the electricity is exported to the regional market, particularly Hungary, but also to Greece and Serbia. Access to Italy's market opens in 2020 with a new subsea cable and power exchange in Montenegro.