Poland is one of the largest countries in Europe both in terms of energy consumption and energy production, and coal is still the main energy source. At the same time, Poland has the fastest growing market for renewable energy in Europe. 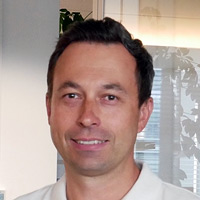 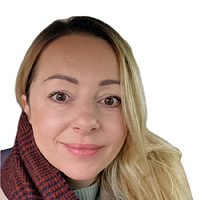 Katarzyna Cieszynska works with finance and organization at Statkraft in Poland.

The country is intended to follow the Paris agreement and the goals set in the EU's common energy and climate policy. This means that by 2040, Poland must get half of its energy from renewable sources. Currently renewables count for 17 percent of the energy mix.

The Polish government has worked out a strategy, Energy Policy of Poland until 2040 (PEP2040) that describes how the country will achieve its ambitious energy and climate goals.

"This will be achieved through the development of new capacity, especially renewable energy sources, and technological diversification including the construction of 11 GW of offshore wind power and nuclear power till 2040. Development of grid and energy storage, and increased focus on energy efficiency, is also part of the plan."

Poland has not been as dependent on Russian gas as Germany and some other European countries, but now gas purchases from Russia are regardless a thing of the past.

"We have built a new terminal for LNG (liquefied natural gas), and the Baltic Pipe pipeline between Norway and Poland is also a reality. This means that our need for gas will be met in the years to come, while at the same time we will be developing a lot more renewable energy," says Smyk.

Poland experienced strong growth in the development of onshore wind for many years, but in 2016 the government introduced the so-called 10H rule. It entails a requirement that the distance between wind turbines and residential buildings must be at least 10 times the height of the turbine. This rule has made it almost impossible in practice to build new onshore wind power in Poland.

The Polish government has however recently passed a new law that could reverse the 10H act to some degree. The new law proposes that  new wind farms can be built up to 500 meters from residential buildings under the condition that the construction is approved by local authorities.

"Statkraft expects that new regulations in the near future will make it easier to develop onshore wind projects in Poland," says Michal Smyk.

If there has been a slowing down of new wind projects in recent years, the growth in photovoltaic solar power is strong and persistent.

"Poland is investing heavily in solar power," says Smyk. The installed capacity is now over 10 GW and is expected to double by 2025, and triple by 2030.

"This development is possible partly thanks to various government support schemes for both producers and consumers. Until now, much of the solar power in Poland come from decentralized units, typically on rooftops. Going forward, we envisage that larger solar parks will be more common. We have already seen larger plants of 10-50 MW, and more even larger than 100 MW are to come.

"The popular support is important for the future development of renewable energy in Poland," says Michal Smyk.

"We in Statkraft strongly believe that the development of more renewable energy is the most rational way to go for Poland, and we are well positioned to become a large and important player in the Polish renewables market."

Statkraft Poland has established an office in the capital Warsaw, and the work to recruit more employees is already underway. Michal Smyk believes the office will have around 15 employees by the end of 2023.

"We look forward to working together with the Polish talents on achieving the green energy targets," says Katarzyna Cieszynska, finance and organization manager at Statkraft in Poland.

"We experienced a significant interest during our recruitment process, which can also indicate a testimony of a great trust for Statkraft’s ambitions and visions in Poland."

"Poland is probably the fastest growing market for renewable energy in Europe right now, we are entering this market with plans to build new wind and solar power plants, but we will also cooperate with business partners in developing projects. It may also be relevant for Statkraft to look at merger and acquisition opportunities in Poland if they create value," says Smyk.

One of the biggest challenges for the further growth of renewable energy in Poland is, as in many other European countries, poor capacity on the grid.

"The infrastructure is simply not in place to accommodate the massive increase in electricity generation and demand, and that is the biggest obstacle right now.  If Poland is to be able to continue development at the same pace as now, it is crucial that they develop the grid."

Although Statkraft is only now starting as a developer of renewable energy in Poland, the company has been in the Polish market since 2018.

Statkraft offers physical power purchase agreements (PPAs) to wind and solar producers as well as financial and physical corporate sales contracts to energy intensive industry in Poland. Both producers and customers prefer long-term agreements, up to ten years, which ensure predictability for both parties.

An example of a PPA for power producers is the ten-year agreement which Statkraft entered into with the Danish solar power producer Better Energy in January 2021. The agreement laid an important foundation for Better Energy to be able to realize a subsidy-free solar park with a production capacity of 36 MW in Poland. Through the agreement, the developer receives a guaranteed price for the power over a ten-year period, which significantly reduces the financial risk of the project.

When it comes to PPAs for power consumers, an example could be the financial PPA with CMC Poland, a wholly owned subsidiary of the global steel group Commercial Metals Company, which is one of the largest electricity consumers in Poland. This 10-year agreement was possible on the back of Statkraft’s renewable Polish portfolio.

Statkraft is well known as a safe, stable, and serious player in Poland's energy market, and this is a good starting point for expanding from being a pure market player to also becoming a developer and producer of renewable energy in the Polish market.