A few weeks after Russian forces entered Ukraine in February 2022, the European Commission launched the energy plan REPowerEU. In a short time, it will free the EU from Russian oil and gas and speed up the green transition. 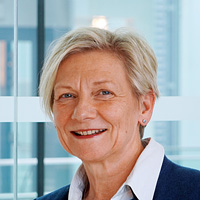 Anne C. Bolle is a vice president working on EU issues in the Statkraft unit Corporate Politics & Ownership in the company's head office in Oslo.

The whole of Europe experienced an energy crisis in the winter of 2021/2022, primarily due to a lack of natural gas. As a consequence, gas prices shot up even before the war in Ukraine started, but with Russia's invasion it also became clear to many European countries that they could no longer depend on Russian oil and gas.

Not only does it put many EU countries in a vulnerable political and economic situation, but the income Russia receives from oil and gas sales helps finance the war in Ukraine.

Something had to be done, and quickly.

From marathon to sprint

The EU was already embarking on an ambitious green transition through the growth strategy European Green Deal, which will make Europe the first climate-neutral continent by 2050, and the legislative package Fit for 55, which requires the EU to cut greenhouse gas emissions by 55 per cent by 2030. The Russian invasion of Ukraine made the EU step up its efforts, resulting in the energy plan REPowerEU.

REPowerEU calls for rapidly reducing dependence on Russian fossil energy sources by accelerating the transition to clean energy and joining forces to achieve a more resilient energy system and a true energy union, writes the European Commission in its presentation of the energy plan to the European Parliament on 18 May 2022.

"If the EU's green growth strategy, the European Green Deal, was a marathon to reach the climate goals, this is a sprint," says Vice President Anne C. Bolle, who works on central EU issues in Statkraft.

"The restructuring of Europe's energy mix, which the EU had planned to implement over 10 years, will now be done in three. It's interesting that this development isn't the result of new climate targets, but of security policy challenges. The war in Ukraine is speeding up the green transition, but the motivation is primarily to reduce dependence on Russian oil and gas."

The REPowerEU plan proposes three main measures which together will make it possible for the EU countries to rapidly free themselves from Russian oil and gas.

First, energy imports will be diversified. This means that the EU countries must buy LNG (liquefied, chilled gas transported by ship), natural gas and hydrogen from several countries. The target is to increase stored gas reserves to at least 80 per cent by 1 November 2022 and 90 per cent by winter 2023. The countries must also cooperate to a greater extent on purchases and coordinate the use of infrastructure for receiving, storing and distributing LNG, gas and hydrogen.

At the end of July, the member states agreed to voluntarily cut gas consumption by 15 percent. Gas stocks are also beginning to be filled, and the phasing out of coal and nuclear power is being postponed in some countries.

Central to the new energy plan is also a sharp increase in the EU countries' production of renewable electricity for industry, buildings and transport. This will not only reduce the need for Russian oil and gas in the short term, but will in the longer term also reduce the need for fossil fuels in general.

Solar energy is something that can be put to use quickly, and it is proposed, among other things, that both public and private buildings be required to install solar cells on their rooftops.

The third initiative is a series of measures to conserve energy. The conservation measures should, in both the short and long term, reduce energy expenditures for households and businesses and contribute to reducing energy demand in a reasonable and efficient way.

Public education campaigns will make consumers more aware of the importance of conserving energy. At the same time, EU countries are encouraged to implement various support schemes that can stimulate adoption of more energy-efficient products and solutions.

Energy requirements for buildings will be tightened. Member states are also encouraged to grant tax reductions for various energy conserving measures. The EU's common target for energy conservation will meanwhile be increased from 9 to 13 per cent by 2030.

Some of the proposals in REPowerEU

"For a company like Statkraft, the increased commitment to renewable energy is primarily an important signal," says Bolle.

"We are already Europe's largest supplier of renewable power, and the European Commission's plan calls for the construction of much more land-based wind, offshore wind and solar in the coming years. We have a number of projects underway, and we have both the expertise and experience that will be valuable for the EU. Statkraft is also well positioned as a future supplier of green hydrogen."

However, if the EU is to succeed in accelerating the development of renewable energy, there will be a need reduce the processing time and prevent legal battles.

­­"One of the proposals in the plan is that the EU should shorten the processing time for licence applications," says Anne C. Bolle.

"The EU is also asking member states to define 'go-to areas', i.e. areas where the risk of damage to nature and the environment is lower than elsewhere, so that renewable projects can be started quickly. In addition, renewable energy is to be defined as 'critical infrastructure', which will reduce the risk of projects that have already been issued a licence having to go through legal battles in the court system. This can prove to be a challenging issue, nonetheless. The development of renewable energy meets political and popular opposition in many EU countries, as in Norway."

As a gas producer, Norway has already been able to deliver more gas to Europe, and REPowerEU will provide opportunities for additional gas exports in the coming years. In the slightly longer term, however, the EU's goal is not only to make itself less dependent on Russian oil and gas, but to reduce dependence on fossil fuels generally.

Hydrogen is particularly highlighted as a possible substitute for the current use of natural gas, not least in industry and transport. The prerequisite is that the hydrogen be produced with renewable energy, referred to as green hydrogen.

"There has been a lot of talk about blue hydrogen in Norway, in other words hydrogen that is produced from natural gas in combination with carbon capture. This isn't mentioned in REPowerEU. Nonetheless, the plan's high ambitions for the production and import of green hydrogen may still be interesting for Norway in the long term," says Bolle.

According to REPowerEU, the EU itself must produce 10 million tonnes of green hydrogen by 2030 – and import the same amount.

"Here, too, Norway is well placed. We can use the large Norwegian renewable energy resources to produce green hydrogen and position ourselves as a future exporter of hydrogen to the EU."

It is estimated that cuts in Russian oil and gas will save Europe EUR 100 billion a year. At the same time, there is no doubt that REPowerEU will require significant financial contributions from member states if the goal of a Europe free of Russia's energy supplies is to be achieved.

REPowerEU is currently a plan and a proposal that the European Commission will discuss with the EU member states. However, there is little doubt that member states and their citizens want to cut ties with Russia. According to a poll, 85 per cent of EU citizens want the EU to be free of Russian energy as soon as possible.

How quickly that can actually happen remains to be seen.