Solar panels, livestock and plants can live well side by side.

Agrivoltaics: Combining solar panels and agriculture into a win-win result

Solar plants are space-intensive and can sometimes compete for land which would otherwise be used for other purposes. In several countries, attempts are now being made to combine agriculture with solar energy. Statkraft is planning such projects in both Italy and the Netherlands. 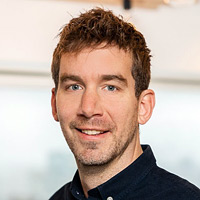 Martijn van der Pouw is a business developer and works on developing solar power projects for Statkraft in the Netherlands, based in 's-Hertogenbosch. 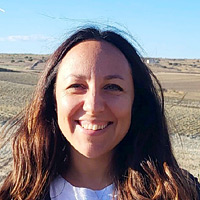 Costanza Rizzo works with the development of solar power projects for Statkraft in Italy, based in Milan.

One might think that solar parks would be best suited in dry and sunny environments, such as in a desert, but this is not the case. The solar cells work better with some humidity, and typical agricultural areas are best suited. However, these are areas that are already under great pressure, which creates a conflict of interest between the production of food and the production of energy.

So, why not combine agriculture with solar panels in the same area? It's not a new idea. Agrivoltaics (also known as agrophotovoltaics, agri solar or agri-PV), has been discussed for decades, but it’s only in recent years that it has become highly relevant to develop projects on a larger scale.

The world needs more renewable energy, and solar energy is undoubtedly one of the largest parts of the solution, not least in countries with a lot of sun throughout the year

The Netherlands is an example of a country where the need for new renewable energy is great, but access to available space for solar parks is small due to competition for land.

"There are several solar parks where sheep graze between the panels, but this is not what we in The Netherlands would normally consider agrivoltaic combination use. It's just an easy way for greenkeeping. In an agrivoltaic project, the goal is to produce high-quality fodder, vegetables, berries, or fruits, while also producing energy.

Usually, the dual use will reduce both agricultural production and energy production compared to the use of the same land for one or the other.

"A general goal is that agricultural production should be at least 70 per cent of what it was before the solar panels were installed," says Martijn van der Pouw.

“Now, if the solar installation in the agri-PV system also produces 70 per cent of what it would have produced in a standard solar power plant without agricultural use, the area is effectively 140 percent used compared to either agricultural or solar power.”

For the farmer who rents out their land for power generation, that could be good news. In addition to the return from agriculture, they will also receive income from power generation. This can both stabilise and increase income flow.

Solar power plays an increasingly important role in the global energy system, and solar power is now the fastest growing source of energy in the world. Statkraft develops and owns solar power plants and is constantly looking for new opportunities to expand the business.

Opens in new tab or window

It may sound like an easy solution to place some solar panels between rows of lettuce, but achieving a good interaction between solar energy and agriculture is a bit more complicated than that. The design of the solar plant, microclimatic conditions and the type of crops are all factors that determine whether the project is sustainable or not.

"Solar panels in a field will necessarily cast a shadow. This can be beneficial for some crops, for others not. In Northern Europe, agrivoltaic production seems to be suitable for crops such as onions, grains, potatoes, and root vegetables, perhaps also strawberries or raspberries. In areas where the sunshine is more intense, solar panels can reduce evaporation and lay the foundation for higher production than otherwise. In southern Europe, solar panels can probably be combined with vines or olive bushes," says van der Pouw.

If combination use is to be practicable, the solar panels must be positioned so that both humans and machines can move between them or under them to care for or harvest the crops. Solar panels also need to be cleaned from time to time if they are to work well.

The solar panels can be fixed, or they can be flexible and rotating. If they are rotating, the shadows from them will move throughout the day. If they are fixed, the soil underneath will be exposed to sun or in shadow at regular times during the day. Plants react differently to variations in light and shade, for some it may be beneficial, while others may experience reduced growth.

"This is also one of the things we have to figure out through trials," says van der Pouw.

"There are several different parameters that can affect both the production from the solar cells and agricultural production. The goal, of course, is to find the synergy between optimal growing conditions for the plants and the best possible PV-solution that provides the most energy."

The solar panels that are being put on farmland are not the same as you would put on the roof of a building or in a regular solar park.

"In the field, there is competition for every single photon," says Martijn van der Pouw.

"Should the light go to electricity or photosynthesis? When combining solar with agriculture, it could be necessary to use solar panels that let more light through or are placed at a greater distance to allow light to have better access to the crops. The choice of design will be determined by what kind of crops will be grown," he says.

"In order to create the best possible growing conditions, we might use sensors in the field that communicate with computers that in turn control the panels and ensure that the crops' need for light is met in different phases of growth.

Modern agriculture is highly dependent on machines, so if agrivoltaic production is to work, solar farms must be designed so that machines can be used. This requires that there must be a certain distance between the solar panel arrays, or that they must be placed so high above the ground that the machines can run underneath.

"In some projects, the solar panels have been placed five metres above the ground. Then the use of agricultural machinery is not a problem," says Costanza Rizzo, Agri-PV Senior Developer at Statkraft Italy. She is part of the development team working to develop agrivoltaic projects in her home country.

"The disadvantage of this solution is that it is very expensive, and currently unprofitable without subsidies. Therefore, in our projects we plan to use panels mounted on the ground, at just over two metres height," she says.

To solve the challenge of the agricultural machinery, the panels are rotary. It allows them to follow the sun throughout the day, but also tilt vertically so that a tractor can pass between the rows of solar panels.

To gain more knowledge about the impact of agrivoltaics on crops and investigate main agronomic aspects, Statkraft Italy has entered a research collaboration with the University of Bari Aldo Moro in southern Italy. The project "Agrophotovoltaics for a sustainable future" will contribute to developing methods and technology to find the best solutions for combining agriculture with energy production.

The project will also look at which crops are best suited for this type of combination use, as well as how the solar panels must be designed, and what challenges must be solved in terms of machine use, harvesting and environmental considerations.

In addition to the purely technical challenges, it is also important to get farmers and authorities on board. Costanza Rizzo admits that they have faced a lot of scepticism among farmers and their organisations, but that is changing.

"The scepticism we have encountered is partly due to the fact that many people do not fully understand the concept, and partly because they do not believe it will work. Therefore, we are constantly working to involve different stakeholders locally to spread knowledge and talk about what benefits such a combination use can bring," she says.

"In southern Italy, there have been a lot of droughts in recent years, which has made agriculture more demanding and less attractive. If we can show that solar panels can help create a more favourable microclimate and better growing conditions in a dry climate, it will hopefully convince more people," she says.

Among other things, Statkraft is exploring the possibility of combining solar panels with super-intensive olive production, a production method where the density of trees is higher than normal, to make machine harvesting possible. Tomato production may also be relevant to combine with solar panels. Tomatoes should preferably have a lot of sun and heat, but in an increasingly drier and warmer climate, measures to create shade and reduce evaporation may prove beneficial.

All Statkraft Italy's agrivoltaic projects are currently in the development stage, but she hopes they will be able to realise the first ones as early as the first half of 2023.

If we are to gain support for projects like this, it is important to be able to show the added value this has locally, both economically and socially.  No one wants solar panels in the field if it doesn't bring any gains. One element, of course, is increased local energy production, which can provide farmers with increased and more stable incomes, while electrification can make agricultural production more sustainable.

"At the same time, projects must be useful not only for farmers, but for the entire local community," says Costanza Rizzo. Development and operation can create local jobs but contribute to social sustainability for projects.

"It could be creating spaces inside the agrivoltaic parks accessible to local communities, like bike paths, walking areas or space for educational activities for children with the objective to make local communities the real owner of our projects," says Rizzo.

"Many areas in southern Italy lack resources and investments that have a strong social impact. It is important that we show that we are not only looking for a quick win, but that we are a responsible player with a long-term perspective that can help create a sustainable future for the local community."

Other articles about solar power